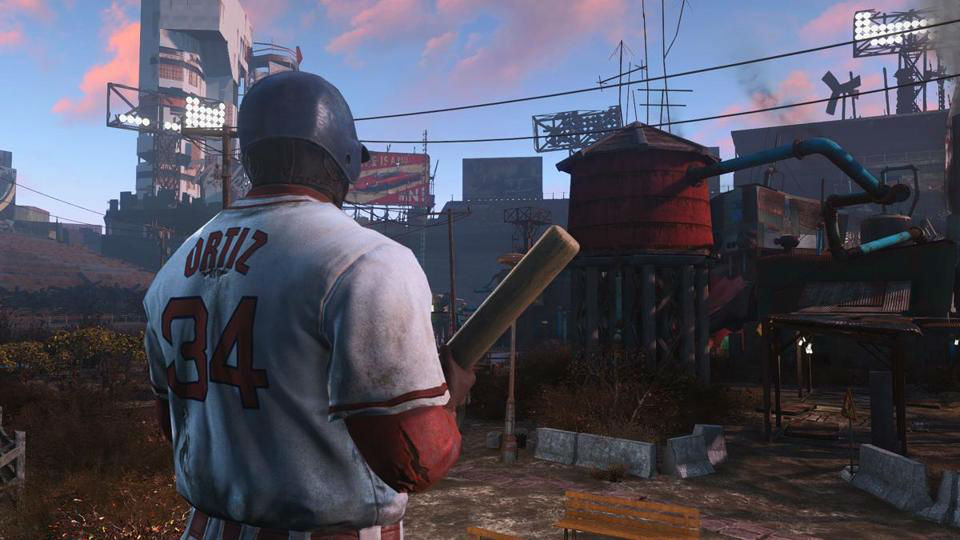 Mods in the Bethesda games have numerous and vast in scope. Many times coming down to what the player wants to see in the game, and modifying code to make it happen. But a new mod featuring a famous baseball team may have gone a bit far.

In case you didn’t know, or forgot, Fallout 4 is set in Boston. A post-apocalyptic Boston to be exact. Like previous Fallout games, the designers made many a landmark of our Boston and put it into the game, with a few exceptions as fans noticed. Mainly, memorabilia of the Boston Red Sox. So, one Texas gamer named Richie Branson decided to fix that. He made a Fallout 4 mod that would not only give you the look of a Boston Red Sox player, but you’ll look like living legend David Ortiz.

“Basically, I think it was the only thing missing from the game. You’ve got Fenway Park, the Green Monster, and all of Boston, but there weren’t any Red Sox jerseys,” he said to the Boston Globe

When asked about why Ortiz specifically, he replied:

“Ortiz is a heavy hitter, man. I love his ability to hit. He’s big, he’s massive — so I figured he’d be the right one to survive the apocalypse,” Branson said Thursday morning. “You can wear it through the whole game.”

MLB on the other hand believe this is infringement on their copyrights, even though the mod is being given away for free.

The mod has not been taken down as of yet, but it could be in MLB pushes the issue.