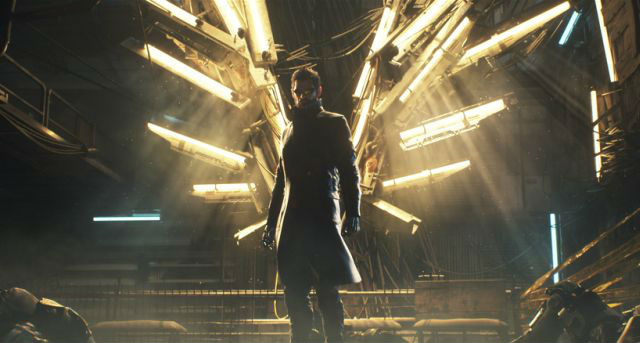 The Deus Ex franchise has had many interesting entries over the years. Yet, the “reboot” of the franchise via Human Revolution was a standout for many. With its success comes a sequel in the form of Mankind Divided. However, as the team at Eidos Montreal revealed to RPG Site, the ending of Human Revolution was supposed to be an endpoint, but evolved into something more:

It became that by the end of the process, when we got to the end of Human Revolution, that we pretty much realized we had to do another one. At that point we kind of as a team sat down; the core group sat down together and started asking, ‘What do we want to do with this? Where do we want to take it?’ I think relatively soon we figured out that we were looking at the fact that at the end of Human Revolution you have this massive tragedy, this massive event. We started to ask… what would we like to explore with that?

One of the things that strikes you is the idea that… y’know, when the world is faced with such a big event, the biggest loss of life, how do we as human beings react to that? That kind of gave us the idea of… okay, thematically it’s interesting to look at reason versus emotion and how we deal with that.
Also to look at the idea that we wanted to say that from a choice standpoint. The player made a choice at the end. It was a very important choice they had to make, so how do we go beyond that. We quickly realized that when Jensen sends out that message, most people when they’re dealing with an event like that, they’re not listening to the news right away. They’re too focused on the immediate tragedy. That gives a lot of opportunity for people to start spreading rumours and disinformation; people will believe what they want to believe.

That kind of freed us up, from a story standpoint, that Jensen – you did get a message out, and the message you chose was the message you sent out. Now you have the face the idea of, well, when the world is in such a big crisis like that, your job’s not done after sending the message and you have to work further.

Coming up with that kind of helped us to push it further and also encouraged us to look at Jensen as a character to ask who is he now, what is his journey now – we kind of took off from there.”

Deus Ex Is Getting a Pre-E3 Showcase! Get All the Details Here!

Xbox One Offering Special Deus Ex Pre-Order Bonus! Get the Details Here!
Be the first to comment!
Leave a reply »