Dark Action RPG Lords of The Fallen Out Now 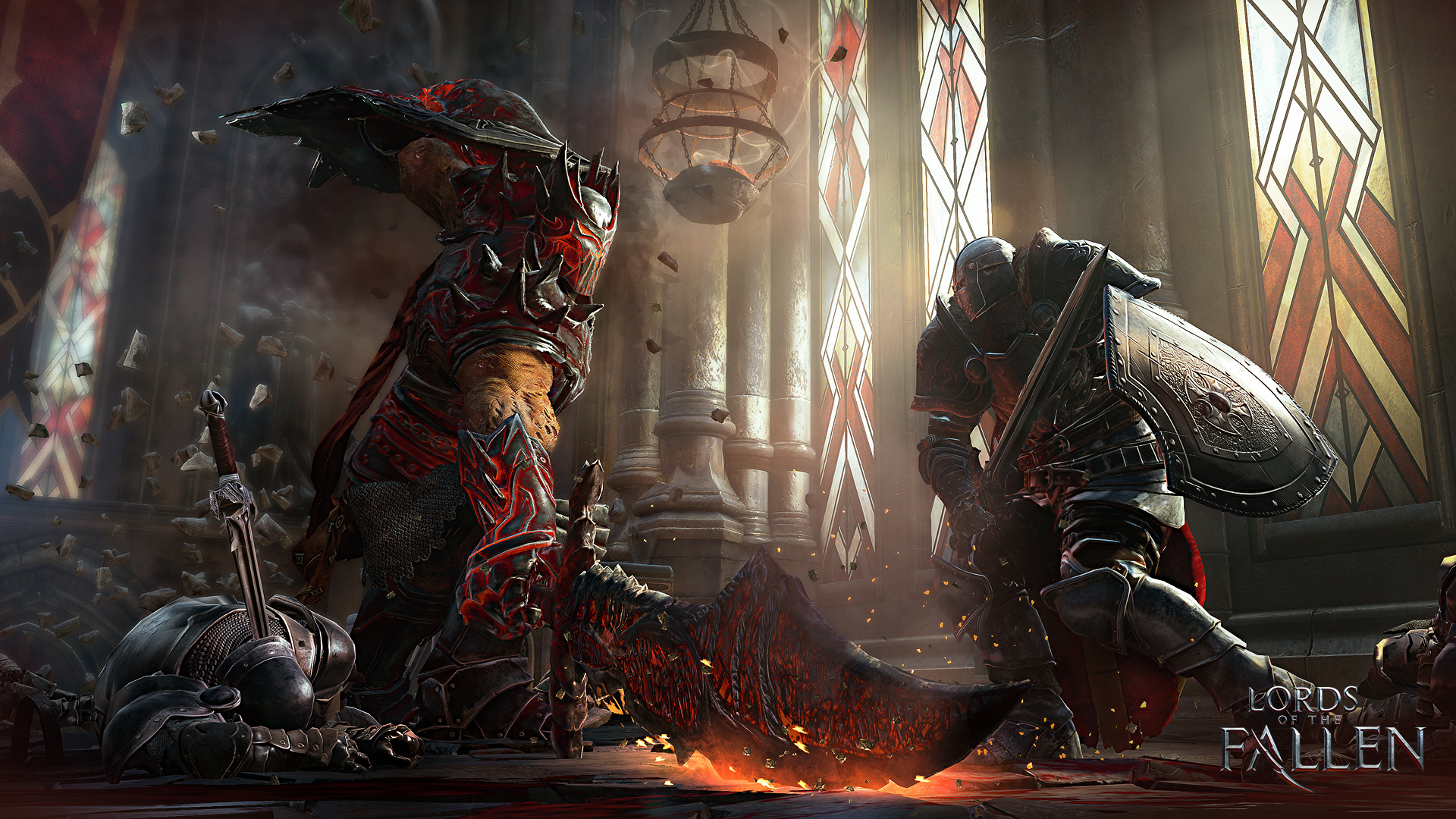 Lords of the Fallen, a new action RPG from developers Deck 13 Interactive and CI Games, is out now for those that are up to the challenge.

The third-person hack-and-slash should appeal to fans of the Dark Souls series, but it has several features to set it apart including an XP multiplier mechanic that adds a unique risk/reward element to the game. Your XP gains increase by chaining kills and avoiding checkpoints, which save your game and renew your life, magic and energy and give you a chance to use the XP you’ve gathered for upgrades.

You can be conservative and use the XP whenever you get a chance, or risk it all for greater rewards by pressing forward, knowing you can lose what  you gathered if you die. There is a way to regain the XP from your fallen character by reuniting with your ghost, but it’s on a strict time limit and if you don’t get to it in time you lose it for good. This system lets the player choose how tough they want the game to be.

The game features three classes including Warrior, Cleric and Rogue. There are 11 weapon types, lots of gear to collect, and a magic system that features unique spells for each class.

Lords of the Fallen also has a dark storyline driving its quest. Here’s a synopsis:

In an unforgiving world where no sin is ever forgotten, Harkyn, a convicted criminal, is given a chance for redemption. Just when rulers of the world get close to finding a way to banish all evil from humans, an army of the long-ago defeated god attacks the human realm. Released from prison, Harkyn and his mentor, Kaslo, set out on a mission to stop the war.

In his journey, Harkyn will forge strong alliances and face even stronger enemies. He will learn the true power of the Rhogar Lords – commanders of god’s army. He will even bring the battle to the Rhogar, travelling to the heart of the demonic dimension.

Will the god manage to enslave humans again? Is mankind really able to banish evil? Will Harkyn’s sins ever be forgiven?

Lords of the Fallen is out now on Windows, Xbox One and PS4. You can find out more at the game’s official site here.

No Man’s Sky and VR
Be the first to comment!
Leave a reply »