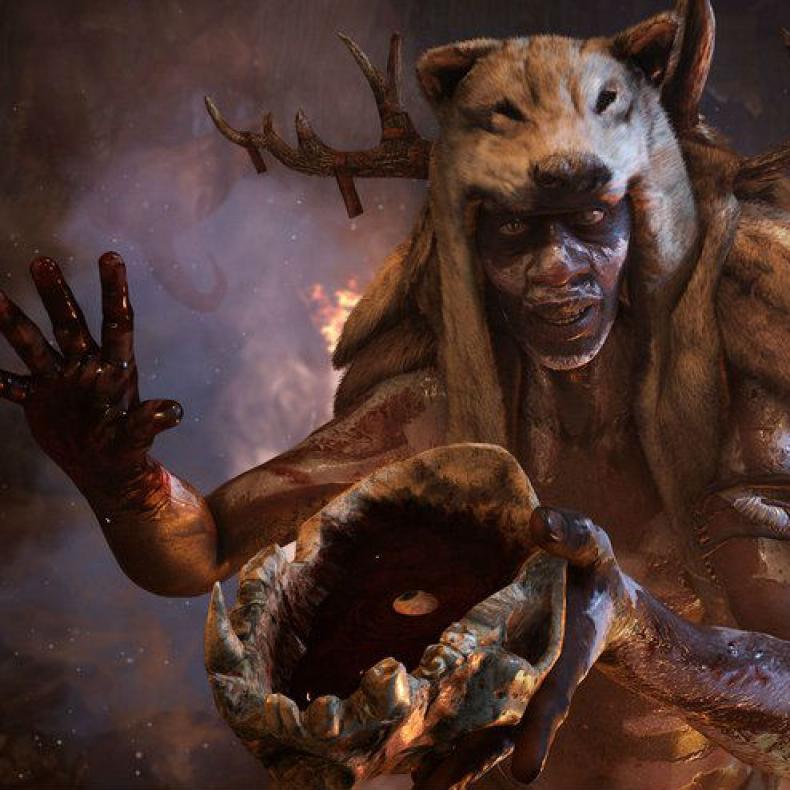 Far Cry has long had a reputation of not only being a vast RPG game with numerous elements to explore, but also a title that made sure you felt the consequences of every decision you made. It was this that made Far Cry 3 such a visceral title. Now, with Far Cry Primal, it appears that more of the same is in store, even despite being set in more primitive times. Or, as Creative Director Jean-Cristophe Guyot noted in a recent developer’s blog, “It’s not war, but survival.”

“Throughout the story, we give you good reasons why they’re here and why they’re dangerous to you, but we don’t want them to feel like stupid guards,” he explained. “So they have a life. We try to create a culture and religion for every type of tribe, and at some of the outposts, they’re actually playing music, fishing and doing other tasks.”

As for what the ESRB thinks, it’s given the game an “M” rating, not unlike the previous games in the franchise. As for why, here is their reasoning:

“One cutscene depicts a character being held in a fire while screaming; another depicts Takkar tapping a hole in another character’s skull as the man screams. Some scenes depict corpses in various states of mutilation: heads and torsos on spikes; ears cut off and kept as trophies; headless bodies lying in pools of blood. Certain scenes or camera angles can depict male genitalia under garments or in shadows; some female characters are depicted topless. A handful of scenes depict characters engaged in sexual activity while clothed; grunts and short moans can be heard, though no explicit details are seen.”