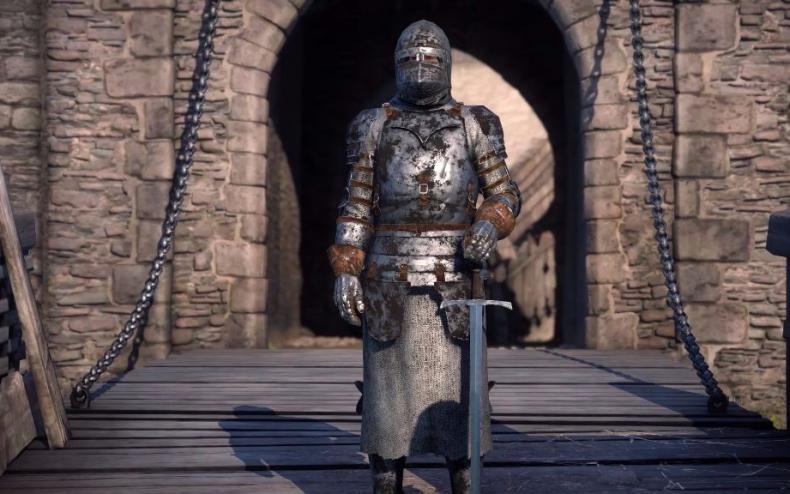 Warhorse Studios officially revealed some new footage and gameplay features today for the upcoming medieval RPG Kingdom Come: Deliverance. You can also check out a new video where the developers share some details on the game’s RPG system in the player below. The new details reveal that the game will have a sophisticated, armor layering system along with item quality and survival elements.

The RPG system allows players to shape their characters and level their skills for the game. Deliverance is an open-world RPG that allows players to freely choose their playstyle. Players can use the gift of speech, using stealth, or trying a more violent way with their weapons.

The game will also have a special armor layer system with 16 slot armor layers, along with four weapon slots. Gamers will bea ble to fully customize their characters with the following slots:

According to Warhorse, the game will feature a physical collision system that will calculate the exact position of each strike. Armor pieces will only protect specific spots on a character’s body. The more hits received to the armor will give it greater weaknesses. Providing regular maintenance for the armor is also crucial. The weapons need to be kept in good condition too.

Kingdom Come: Deliverance is now available for beta access on Windows PC. A full release is planned for later on.

Find Out Why Kingdom Come: Deliverance Has Been Delayed to 2017!
Be the first to comment!
Leave a reply »