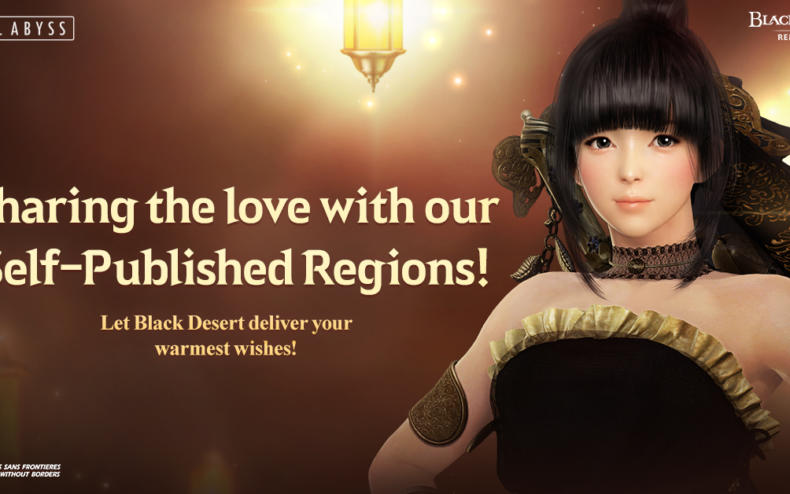 Black Desert is slipping into the holiday season by announcing a special charity-themed event.

Beginning today, you can purchase Charity Tokens for 1 million silvers — these in-game donations will turn into real donations for Doctors Without Borders, supported by Pearl Abyss. Once you have the Charity Tokens, find an NPC Lara and you’ll be able to exchange them for cool stuff like a Trio Balloon Headband, 5 Cupid’s Halos, and 10 Red Rose Wall Ornaments, which will add 100 interior points.

The Succession updates for Warrior and Ranger will be added on December 4, and during the event period, a Mysterious Knight will appear in hunting grounds at random spots and times. Find him, converse with him and you’ll be given Skill EXP + 100%, a buff effect that will last three hours from the time of acquisition. If you already have this effect when talking to the character, the time duration will be extended.

Also look for the new class Guardian. Here’s what we know about him so far:

Guardian will be descending from the mountain of endless winter to take Ynix, the Holy Flame that can even immolate the gods, to condemn all the gods in this world. More details about Guardian will be announced shortly.