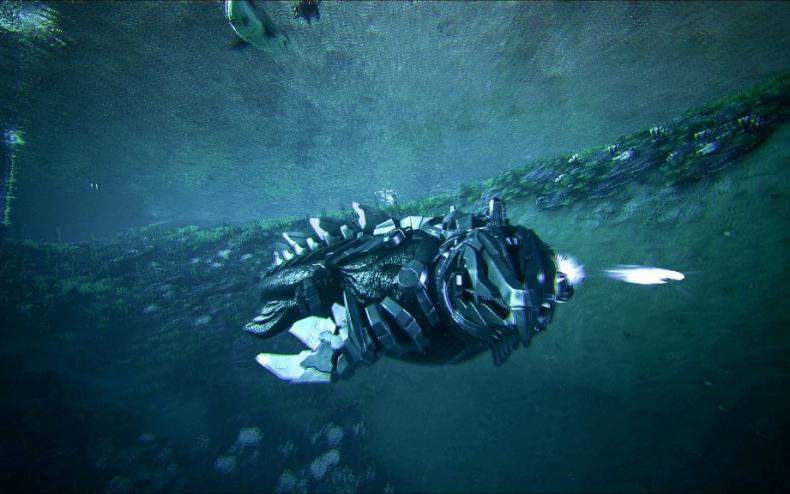 Studio Wildcard officially announced this week that ARK: Survival Evolved just received a major content update for steam with a massive patch, v256. The new patch adds a lot of new content, including underwater bases for aquatic creature beating, TEK teleporter pads, wireless generators, and four new creators. You can also check out a new trailer for the content update in the player below.

Speaking on the news in the press release, ARK lead designer Jeremy Stieglitz stated: “The new ARK Inventory UI is a total redesign of the game’s former clunky interface! This visual and functional overhaul brings right-click context menus and better organization for remote inventories. It’s a significant step on the road of preparing ARK for its home stretch of Early Access!”

Additionally, Studio Wildcard also confirmed a Steam sale for the game, Players can now buy the game on Steam for 67 percent off. This includes the first Expansion Pack, ARK: Scorched Earth, which is also on sale for 51 percent off. The sale will run from Friday, March 31 to Monday, April 3. Here’s a full breakdown of the new content for the update:

The new creatures that were added to the game include the Equus Magnus, the Leedscichthys Conviviumbrosia, the Ichthyornis Piscoquus, and the Iguanodon Vicissitudnis. The Equus Magnus is seen as the ancestor to the modern horn. The Leedsichthys is the largest fish int he waters around the island. The Iguanodon is a large, herbivorous type of dinosaur.  Here’s a full breakdown of the v256 content: