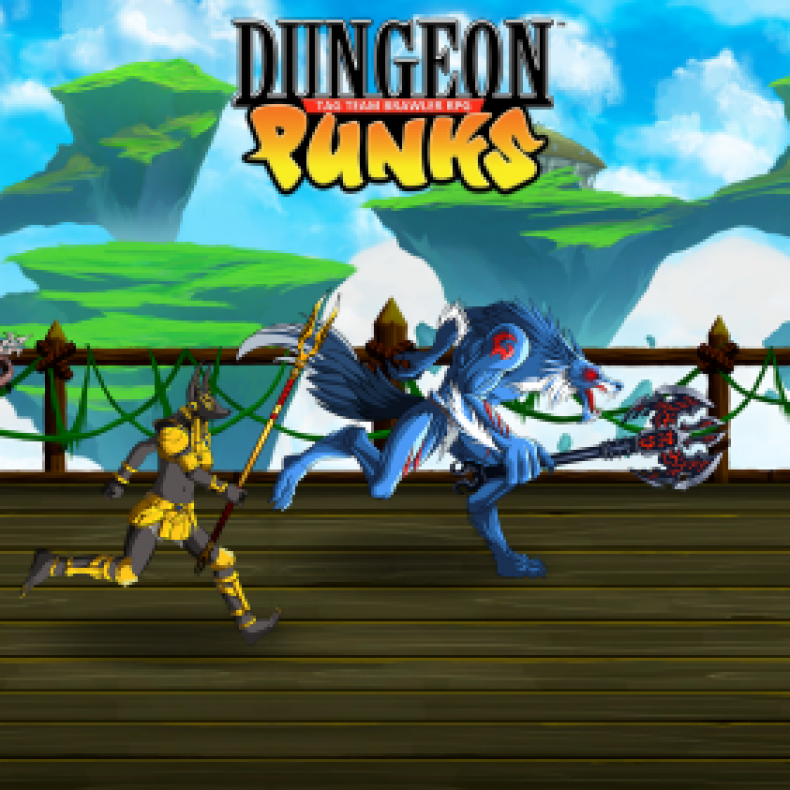 More specifically, it’s “a multiplayer side-scrolling brawler RPG with a
unique tag-team system that allows each player to control two heroes at
once, while managing and controlling a full party of up to six heroes.
The adventure can be enjoyed cooperatively by up to three players via
couch co-op, or solo with computer-controlled teammates.”

The game will also feature:

Dungeon Punks is expected to release this summer for Xbox One, PS4, and PC.

Dungeon Punks Drops This Month! Watch the New Trailer Here
Be the first to comment!
Leave a reply »