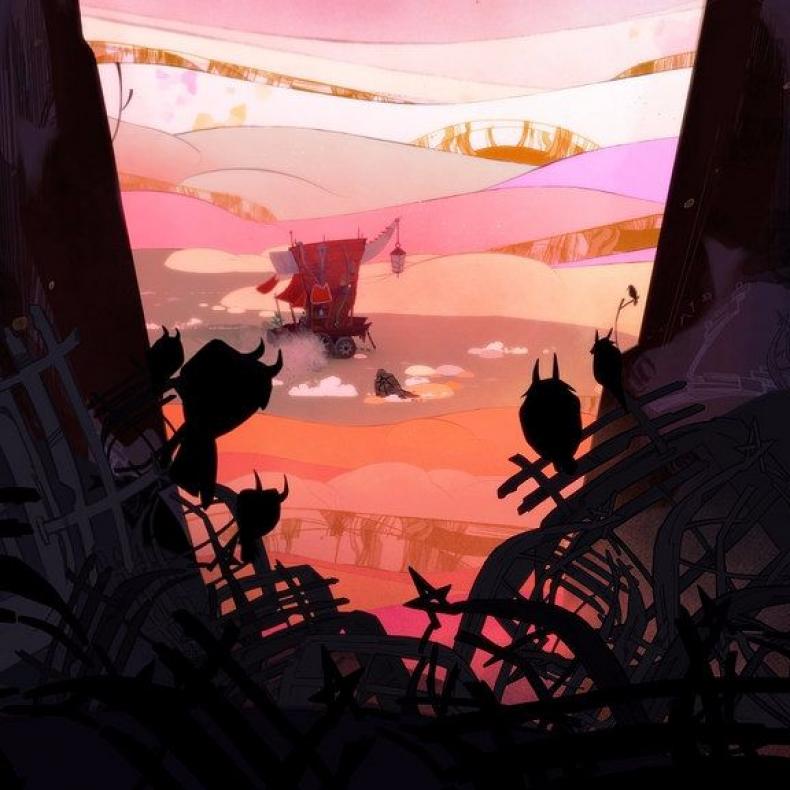 Supergiant Games has officially announced a new RPG being developed for the PlayStation 4 and Windows PC called Pyre. You can check out the video, which features music from the game’s original soundtrack, in the player below. Pyre is a new game from the creators of Bastion and Transistor.

Per a blog post on the game’s official website, Pyre allows players to take the role of a leader of a band of exiles who are in an ancient competition that’s spread across a vast, mystical purgatory. The game is set to feature fast, action-packed confrontations against rival groups of exiles who are putting their own freedom at stake in a deadly game. The game will feature a big cast of character who will grow close to the player as they travel together across a strange land. Here’s an official synopsis:

The Story So Far: At the beginning of the game, your luck has almost run out when several masked wanderers find you and revive you from the brink. With your help, they seek to learn the truth about the Rites, a secretive competition through which the worthiest exiles can return home, absolved of their transgressions. As you journey across the Downside in the wanderers’ custom blackwagon, you’ll meet a variety of characters of all shapes and sizes, and learn what’s in store for each of them should they prevail in the Rites. Your actions will determine who returns to glory, and who remains in exile to the end of their days.

Pyre is due out in 2017. The game will launch simultaneously on Steam and PlayStation 4.

PAX East: Pyre Developers Were Nervous About Showing Off The Game!
Be the first to comment!
Leave a reply »