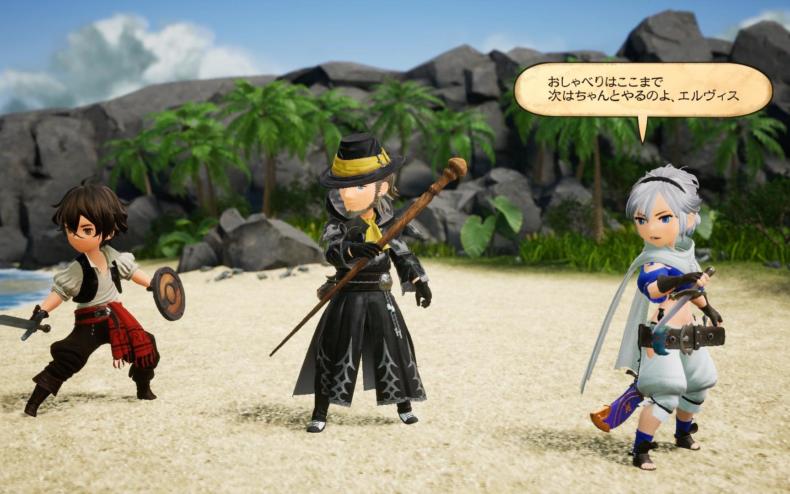 What could be better than Bravely Default, the hit RPG that took the 3DS by storm? How about the sequel, due out on Switch in just under four months?

Square has released new screenshots, artwork and character descriptions for Bravely Default II. It takes place in a completely different setting from the original Bravely Default (or Bravely Second, which was apparently not a proper sequel), but the battle mechanics will remain mostly the same. You amass Brave Points to use on the battle screen. Selecting “Brave” lets you spend these points to use multiple actions in one turn, while selecting “Defend” generates new BP to strike with later. Each character in your party can be assigned both a job and a sub-job, which affect their stats and powers. 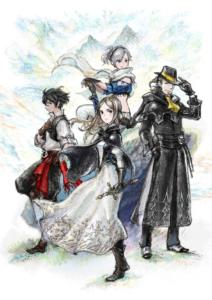 So…here’s the story. Your lead character is Seth, a sailor who washes up on the shore of the continent of Excillant (yes, that is intentional if the other names are anything to go by, and no, we don’t know how excellent it is yet). Excillant is divided into five countries, and fortunately, he’s wound up in the halcyon kingdom of Halcionia, ruled by the placid King Placido. Soon Seth meets the folks that will form his party: Gloria, a princess in search of stolen crystals, Sloane, Gloria’s retainer and a master swordsman, Elvis Lazlow, who’s on a quest to decipher a magic book, and Adelle Ein, Elvis’ bodyguard.

Bravely Second: End Layer Changed Based On Player Feedback!
Be the first to comment!
Leave a reply »