New Pokémon Revealed! Who Is It? Find Out Here! 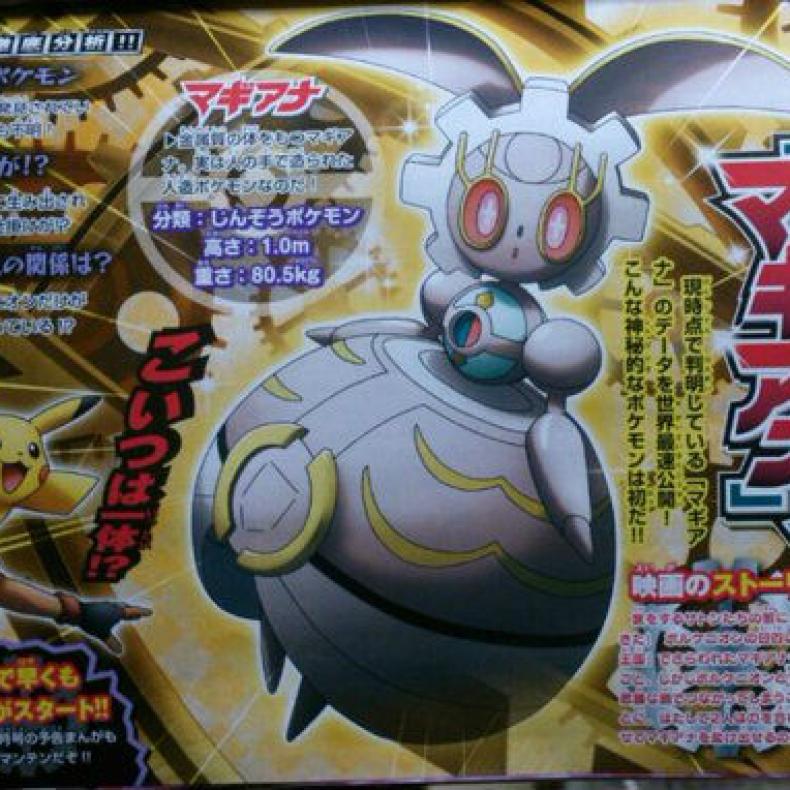 A new Pokémon has been discovered, and its name is Magiana. This was revealed in a recent issue of Corocoro, as noted by Serebii.

What makes Magiana interesting though, is that it’s apparently a man-made Pokémon, kind of like Mewtwo. The twist is that Magiana was apparently made over 500 years ago, and in an upcoming movie, is being chased by Volcanion, who was revealed recently as well.

The true curiousness though is that Volcanion was meant to be the final Pokémon in the XY brand, does this mean Magiana is from another generation? Or was Volcanion’s finality misspoken of? We’ll find out soon.