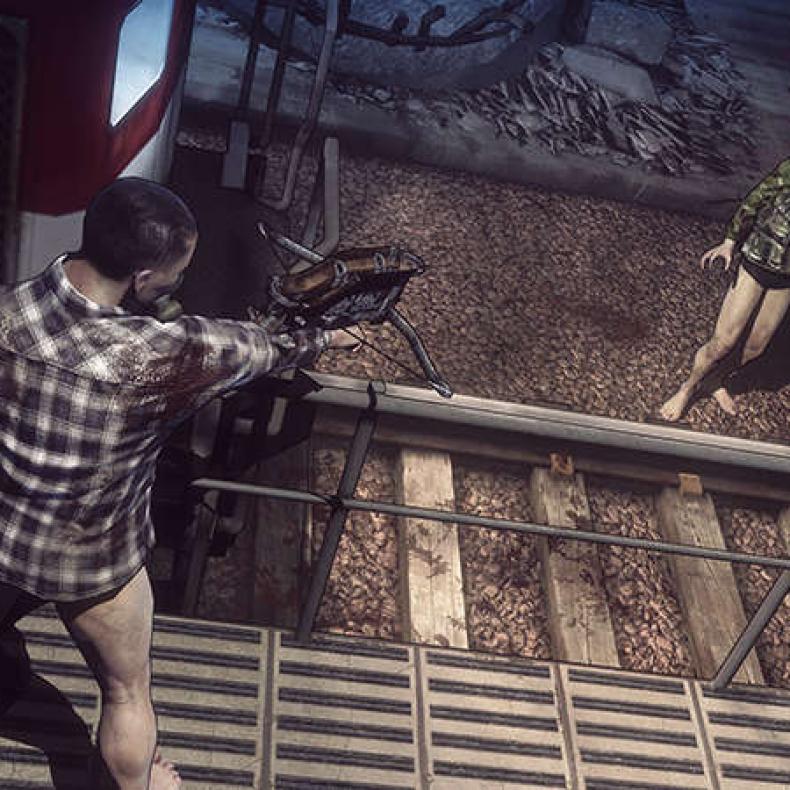 Suda 51 is known for their interesting takes on video games, and though they go by Grasshopper Manufacturer now, it’s still the style of game that sets them apart from everyone else.

At Pax East, a new trailer for Let It Die, their newest title, was revealed, as well as a demo showcasing just how unique their game is. Though the title is an action-survival game, there are many components thrown in as well, including stealtlh, and Roguelike gameplay. In the beginning of the demo for example, you have no weapons, and you have no clothes save your skivvies. Thus making you think cleverly before going against the vast mutant horde that fills a destroyed wasteland of a city.

Adding to the uniqueness is that your “guide” is none other than death itself, complete with scythe, glasses, and a skateboard. As you travel through the city, and through a massive tower, you’re able to pick and select what weapon combos you want, giving a distinct RPG feel to the madness. Each one plays different, and thus allows you plenty of freedom.

Speaking of freedom, every time you play the game, the tower resets itself with randomly generated paths. So you’re never playing the same level over and over again. Then, when you die, you meet the Insurance Girl, who allows you to continue on your path for a small price. You only get three opportunities at this though, then you’re left with no weapons or clothes again.

Let it die is currently a PS4 exclusive, and aims to hit the console later this year.

Rocket League Devs Give Update On Cross-Play Capabilities
Be the first to comment!
Leave a reply »