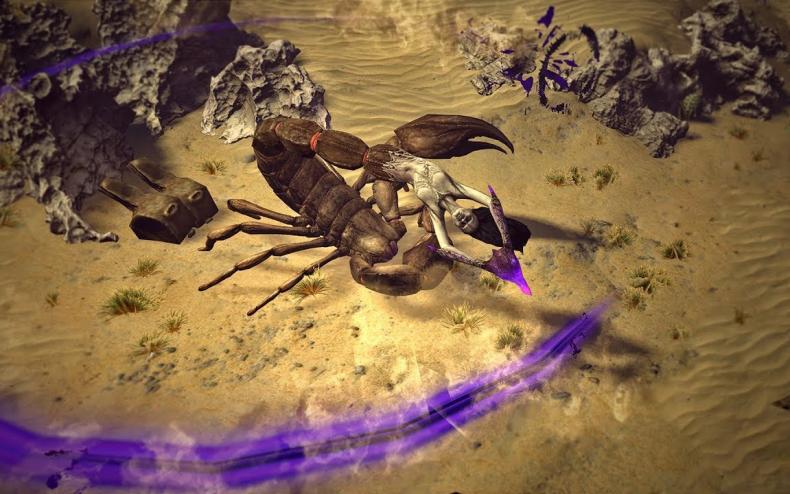 How far do devs go to develop the story of a game? What about Grinding Gear Games, how far did they go for Path of Exile?

Stories are a key part of games, even the ones that don’t have overt stories have hidden ones just beneath the surface. And then, there are games that have loads of stories, and have to be fleshed out inch by inch so that the full narrative can be complete. The team at Grinding Gear Games made a blog post about Path of Exile, detailing how The Undying came to be. You can read an excerpt of it below.

“In early 2007, Jonathan, Erik and I started planning the five-act structure of Path of Exile. By late 2008, specific details had been decided regarding the contents of these acts. Plans like the non-linear layout of Act 2 and the surprise-PvP component to the bandit quests were already laid down. While almost everything we planned was eventually implemented and lives on in modern Path of Exile, there is one aspect that didn’t go at all according to plan, and was toned down massively to just become a relatively unremarkable monster type. This news post is the untold story of The Undying.

While planning the monster composition of Act Three, we wanted to introduce an interesting mechanic that would play with the ruined nature of the City of Sarn. As the first Act that had buildings, Act Three contained transitions from indoors to outdoors within the same map. We wanted to take advantage of this by designing a monster type that strongly played into this mechanic.

The plan was this: City Stalkers (later renamed to The Undying) were undead beings who roamed the shaded areas of Sarn, wrapped in bandages. They couldn’t tolerate the light and would never leave the shade. In return for their restricted movement areas, they were incredibly powerful and would destroy players in combat until an appropriate countermeasure was earned. “