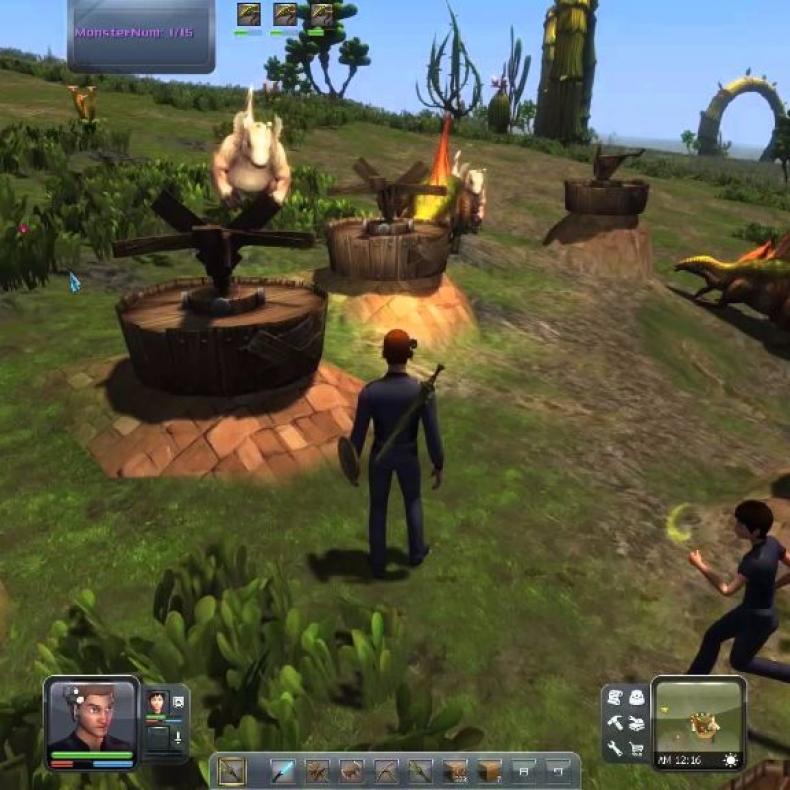 In a post on their Steam Page, the team behind the Steam Early Access game Planet Explores has posted a massive update, of which you can see in full here. Primary in the update is the boost in AI, as well as visuals in the terrain.

“In this build, we focused on AI attack behavior and the new and Adventure mode terrain rendering (work in progress, some places are sorta flat). We also made it possible for executing custom stories ingame, so now players can make story based custom maps. This is still the basic version with bugs, so we look forward to players giving us feedback regarding the editor and its execution. We also started our optimization of the garbage collection problem, there’s some minor optimization with terrain rendering, that should make the stuttering happen farther apart. We’ve found that most of the stuttering happen while Unity is clearing terrain memory, so we’ll be optimizing that from now on. We hope to see improvement by the next build in early April. We ran through and fixed most of the storyline bugs, players should be able to go all the way to the Negotiations mission now. Starting with the next build, we’ll be adding a lot animation and missions to the storyline. We’ll try to be story complete by a0.96.”

If you haven’t played Planet Explorers, you can get it here on Steam for $24.99. Here is the synopsis for the game:

“In Planet Explorers, it is the year 2287, one of the first colony ships sent out by Earth arrives at the planet Maria, in the Epsilon Indi Star System. During its landing sequence, something appears in front of the massive ship that causes it to lose control and crash into the planet.”

Planet Explorers Enters Beta on Steam!
Be the first to comment!
Leave a reply »