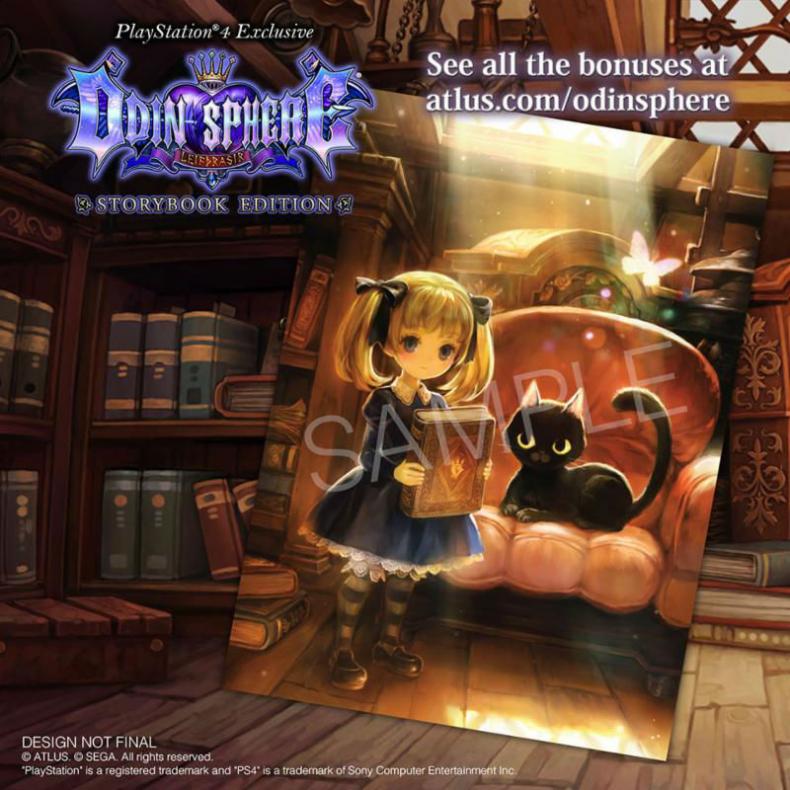 The “mystery print” that was attached to the Odin Sphere Leifthrasir “Storybook Edition” has been revealed revealed. The print is the picture above, it features the characters Alice and Socrates from the Odin Sphere game. The team would explain in a press release why these two are the focus of the print, and not the other main characters:

“While Gwendolyn, Cornelius, Mercedes, Oswald, and Velvet may be the heroes in Odin Sphere Leifthrasir, we wouldn’t have been able to experience the magical fairy tale without Alice and Socrates. If she didn’t have such a penchant for reading we may not have even known the story of Odin Sphere existed! It’s only fitting, then, that we pay tribute Alice and Socrates by immortalizing them in a beautiful 7.25″x10″ art print fit for any collector of fine Vanillaware memorabilia.”

Odin Sphere Leifthrasir is the all-encompassing HD remake of the original PlayStation 2 ‘Greatest Hits’ title, Odin Sphere. Developed by the legendary Vanillaware and published by ATLUS, the game is steeped in norse mythology with intricate plots that wouldn’t be out of place in a Wagner opera. Five character plots intertwine as the world of Erion hurtles towards the end of days as warring kingdoms clash for control.