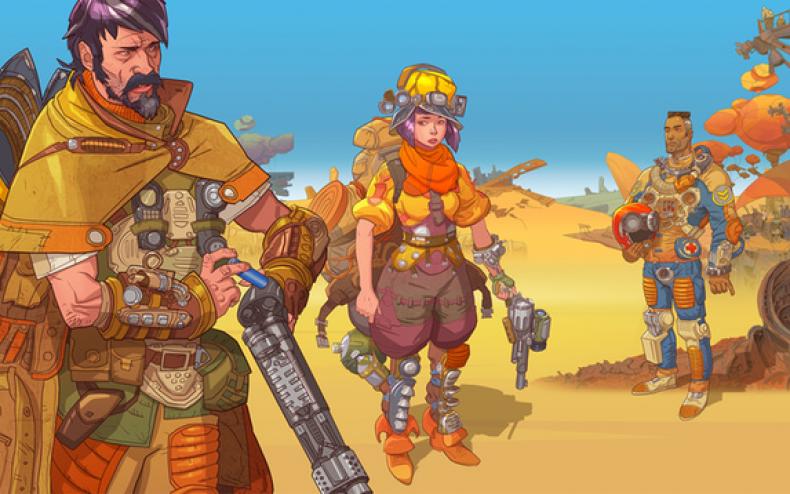 A new RPG has hit Steam Greenlight in the form of Morning Men. It is developed by Pixel Foundation. You can check out the official trailer and description below, and can find it here on Steam.

“Morning Men is an episodic story driven RPG inspired by the golden age of science fiction.

The game has a strong visual style with elements of contemporary moving comics with colours and motifs reminiscent of Moebius. The characters in Morning Men look like a mash-up between Wizards (1977) and The Fifth Element (1997)

While the game uses familiar turn based JRPG combat, Morning Men really gets interesting while exploring complex branching narratives and character interactions. Your party is not just a collection of stats and pawns to be moved about in battle. Each character is unique and will react based on the choices you make. Your choice could help them, hurt their feelings or even ruin their life. Choices are never really black or white. Perhaps the only way to save them is to destroy everything they hold dear.

The story begins with a young woman named Luditte, a citizen of Citadel City which is under the total theocratic rule of the Copper Hand. Life in The City is tough; the Hand controls everything, resources are scarce and advanced technology is outlawed. And yet, life in the city is still preferable to fighting for survival in the wastelands that surround the last refuge of humanity.

Luditte is forced to cast aside the protection of The City and flee when she is branded a heretic for associating with an AI named Jasper. Chased through the wild wastelands by agents of the Copper Hand, Luditte must uncover answers if she is to survive and perhaps even see a new day rise.”