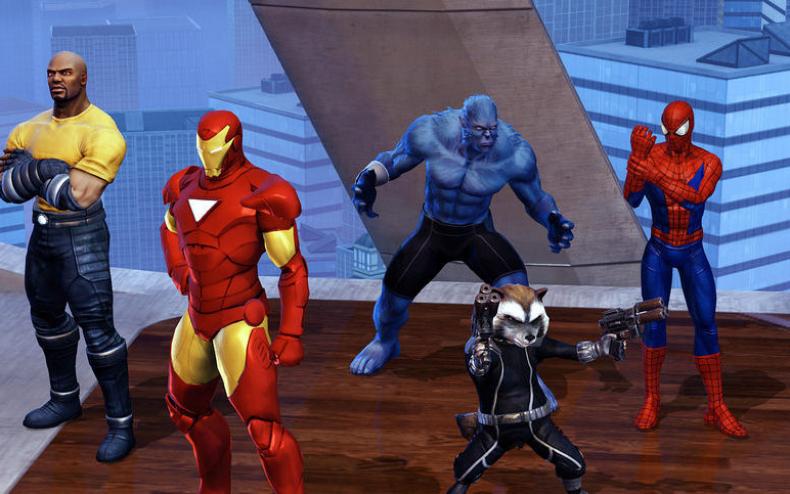 Gazillion Entertainment officially announced today that the open beta for Marvel Heroes Omega is set to launch tomorrow. You can also check out a new launch trailer for the open beta in the player below.

Marvel Heroes Omega will have its open beta starting tomorrow (May 23) for the PlayStation 4. Gamers will get the opportunity to play as such luminary Marvel Comic book heroes as Spider-Man, the Avengers, the Defenders, the X-Men, the Guardians of the Galaxy, and many more. The game enters an open beta phase after recently going through a closed beta session.

Players will be able to have access to the game and enjoy it in co-op mode with friends and family. Gazillion is promising a co-op experience that’s reminiscent of classic Marvel co-op games from the past. There’s currently a large variety of Founder Packs available for gamers to opt-in and purchase at the moment. For the PlayStation 4 version, gamers have access to the War Machine Founder’s Pack, which is exclusive to PlayStation Plus members. The War Machine Founder’s Pack includes the following:

Gazillion has also confirmed a great deal of plans for the game after the open beta launch. This includes new content, special events, and more heroes who will appear over the course of the life of the game. You can check out the open beta below.

Marvel Heroes Omega Hits the Consoles! Find Out Why You Want to Check This Out!
Be the first to comment!
Leave a reply »