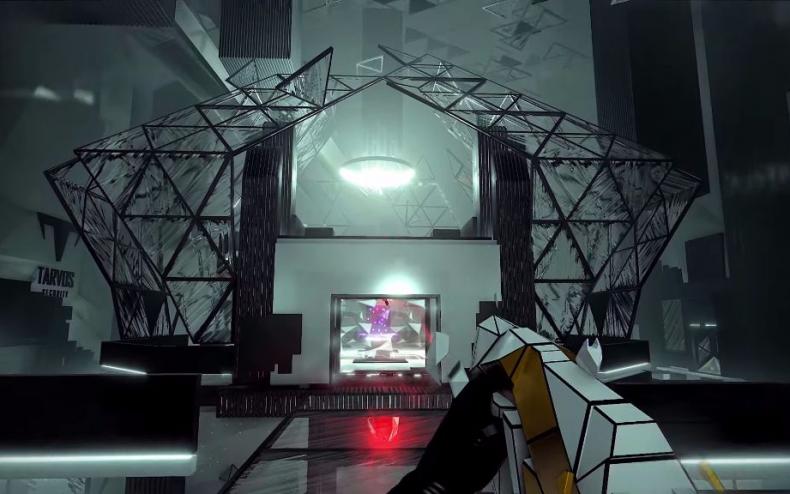 Square Enix has officially detailed a new and innovative game mode for Deus Ex: Mankind Divided. This new game mode is called Breach, and a new gameplay video showcasing the mode in action was released.  You can check it out in the player below.

Breach mode offers an arcade style to the gameplay of Deus Ex: Mankind Divided by giving players a connected puzzle shooter experience. In Breach, gamers take the role of a Ripper, a hacker in the year 2029, with the objective to obtain and sell classified corporate data by infiltrating secure servers and using funds to acquire upgrades to skills and user arsenals.

Gamers who play in Breach will earn XP, credits and booster packs for the increasing difficulty of the game. In addition, Breach is a live game mode with new challenges and features that will have updates released by the developers on a regular basis. Players will be able to challenge their friends and players from around the world in this new mode.

Basically, Breach mode is like a hacker going through “cyber-space” and hacking through computer servers in a very polygon-like environment with a traditional first-person shooter format. It definitely looks like a neat addition for the game.

Deus Ex: Mankind Divided arrives on August 23 for PlayStation 4, Xbox One and Windows PC. Here’s an official synopsis for the game:

Adam Jensen is the next step in human evolution. In Deus Ex: Mankind Divided, he is now an experienced covert operative, forced to operate in a world that has grown to despise his kind. Armed with a new arsenal of state-of-the-art weapons and augmentations, he must choose the right approach, along with who to trust, in order to unravel a vast worldwide conspiracy. This new in-game trailer highlights the Titan shield, as well as his new gun-arm augmentations: the Tesla, the Nanoblade and the PEPS. Deus Ex: Mankind Divided directly follows the aftermath of the Aug Incident, a day when mechanically augmented citizens all over the world were stripped of control over their minds and bodies, resulting in the deaths of millions of innocents. The year is now 2029, and the golden era of augmentations is over. Mechanically augmented humans have been deemed outcasts and segregated from the rest of society. Crime and acts of terror serve as a thin veil to cover up an overarching conspiracy aimed at controlling the future of mankind…