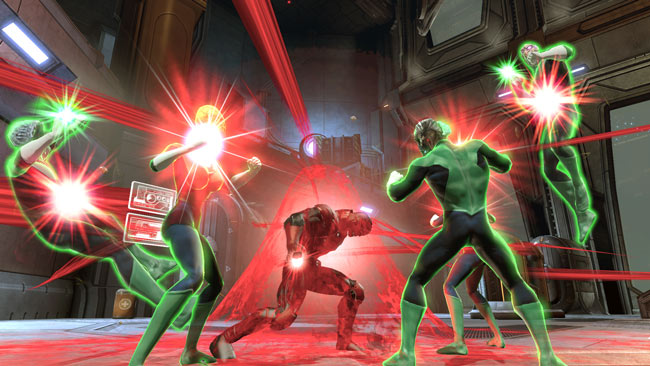 If you’re a paying subscriber to DC Universe Online with a Legendary Membership, you might already be using the Red Lantern rage powers. They’re available in first part of the new DLC pack War of the Light Part I, which went live early for Legendary members Tuesday.

War of the Light Part I is the first part of a three part storyline that will eventually involve an all-out war between the Green Lanterns, Red Lanterns, Blue Lanterns, and the Sinestro Corps.

In addition to being able to kill your enemies by barfing blood, always a crowd pleaser at parties, the pack will feature a chance to explore Ranx, the sentient city, and Mogo, the planet-sized Green Lantern who famously doesn’t socialize, as well as see the beginnings of the War of the Light in a new version of Metropolis specific to this storyline.

The DLC will include new four and eight man operations and add two new Legends PVP characters, including everyone’s favorite crankypants, Atrocitus, the first Red Lantern, and Saint Walker, the leader of the Blue Lanterns, who power their rings with the emotion of hope.

Pricing for the pack was not listed in the announcement. Previous packs have been priced at $9.99.

DC Universe Online Announced For Nintendo Switch
Be the first to comment!
Leave a reply »