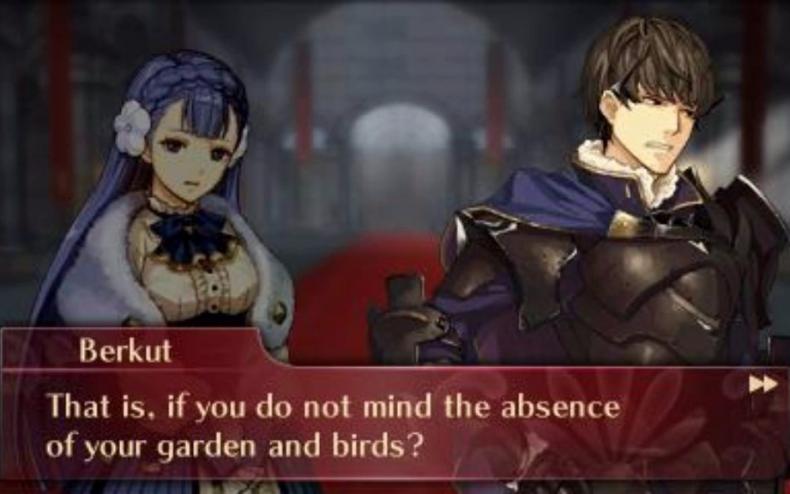 The most recent Fire Emblem game was a remake of the second title in the franchise, Gaiden. But Fire Emblem Echoes: Shadows of Valentia was much more than just a simple remake. It not only brought the graphics of the game to a modern level, including beautifully animated cutscenes, it expanded the story in a big way, almost making it an all-new title. Fans fell in love with the game, so it’s not surprising that many of the characters in the game have made it into Fire Emblem Heroes.

In fact, recently, six more characters were brought in via Focus Groups, and now, a key villain of the game is a Grand Hero battle in the mobile title. Berkut was one of the main villains of Shadows of Valentia, and is in fact the cousin to Alm. He was raised to be a leader and warrior of great renown, however, several defeats would drive him made, questioning his purpose and point in life.

His tragedy would go even further though, as the love of his life, Rinea, would be a sacrifice so that Berkut could get more power. In the end, Alm defeated him, and Berkut and Rinea were reunited peacefully in the afterlife.

Fans have been wanting Berkut for a while now, and they get their chance three times over via the Fire Emblem Heroes Grand Hero Battles. As you can get a 3-star, 4-star, and a special 4-star with Feathers depending on which level you can beat in the game.

Fire Emblem Echoes Gets New Details On Characters
Be the first to comment!
Leave a reply »