E3 2016: Quake Returns in Quake Champions! Find Out All the Details! 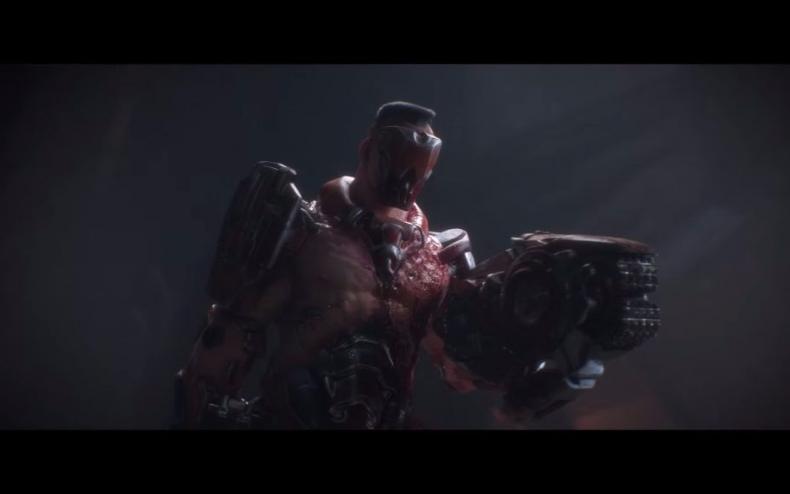 One of the big surprises at tonight’s Bethesda E3 2016 briefing was the return of the Quake franchise. Bethesda Softworks and id Software announced the return of the classic franchise in Quake Champions. The upcoming game is a competitive arena-style first-person shooter that will be available for Windows PC. It will be a skill-based competition that helped set the standard for Quake as one of the first major eSports titles. You can also check out the reveal trailer in the player below.

id Software is developing the game alongside Saber Interactive. It will feature the mythos of the first Quake utilizing the multiplayer style of Quake III Arena. There will be a new feature for the franchise with Champions, a roster of warriors, each with unique attributes, to enable players to compete in their own style.

id Software Studio Director Tim Willits stated on the news: “20 years ago, Quake set new standards for multiplayer competition and pushed the boundaries for graphics and gameplay. It’s important to all of us at id Software that Quake Champions remains true to the Quake legacy, and delivers the speed and gameplay our long-time fans expect, while also pressing forward by introducing innovative gameplay opportunities with new Champions and abilities.”

According to id and Bethesda, the game will run at 120hz with unlocked frame rates. It’s also being designed and built for eSports, and it will integrate competitive features for professional and amateur levels of play. The game will be supported at tournaments and in leagues around the globe, including QuakeCon, the annual event that attracts tens of thousands of id Software fans and competitors to Dallas.