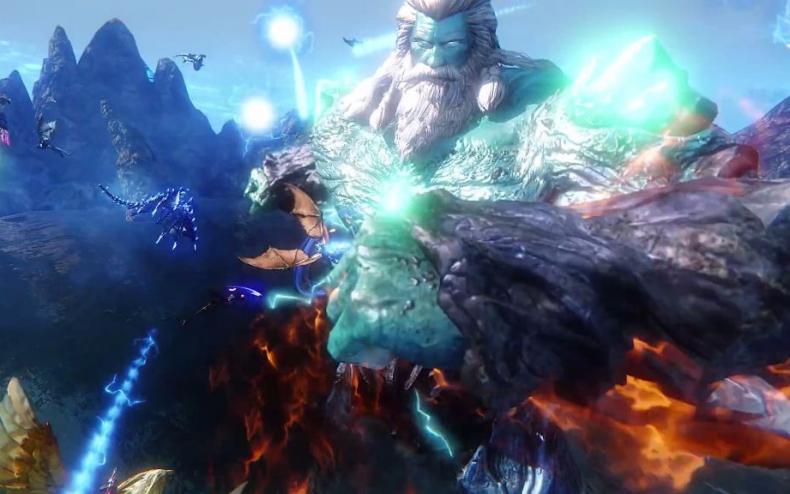 Nexon America officially released a new gameplay trailer today for the free-to-play MMORPG Riders of Icarus. The new gameplay footage reveals players the adversaries that they will encounter throughout their journey of becoming a Legendary Rider. You can check out the new gameplay video in the player below.

The new MMORPG is set in a world that focus on mounted combat. Gamers get to take to the skies with a winged dragon. Players take the role of a Rider with legendary combat abilities, who can explore a world they have to tame and collect and train hundreds of different beasts to become their mounts. Each mount has its own unique special abilities. Players will be able to master skills of aerial combat with other battle-ready heroes that they will have to fight their way through massive boss battles on land and air.

The boss fights here definitely look massive and large in scope. Seeing an army of mounted riders taking on a giant Titan coming up from the water definitely looks like a cool visual. It appears Nexon definitely might have something on their hands here.

Riders of Icarus finally hits its Open Beta session next month on July 6. The game will be available for Windows PC.

Riders of Icarus Begins Final Closed Beta Test! Check Out Some New Screenshots Here!
Be the first to comment!
Leave a reply »