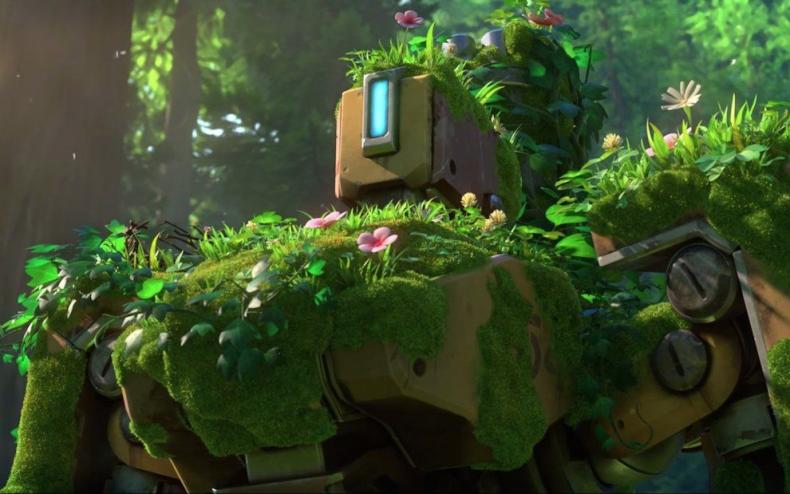 Overwatch has already been released, but Blizzard Entertainment is continuing with the fantastic animated shorts based on the universe and characters for the hit game, which hit the web today. You can check out the latest short, The Last Bastion, in the player below. The aptly titled video follows the backstory of the lovable cyborg hero of Overwatch, Bastion.

This marks the fifth animated short for Overwatch, and it features the origin story of the inquisitive transforming robot known as Bastion. The style is almost like something out of a Disney or Pixar movie. Bastion appears to have been a weapon of an old war, who was left in a forest. Some years have past, and he finally reawakens, befriending a cute bird who has built a next on his metal body. However, some of Bastion’s instincts and base programming starts to kick in. It appears he’s driven to head to a city as his target. But his friendship with the bird wins out, and Bastion decides to return to the forest and make it his home.

These shorts for Overwatch so far have been fantastic, and hopefully they will continue. The next best thing would be to get an Overwatch animated TV series or even a movie with this animation, which looks topnotch. Overwatch is available now for PlayStation 4, Xbox One and Windows PC.