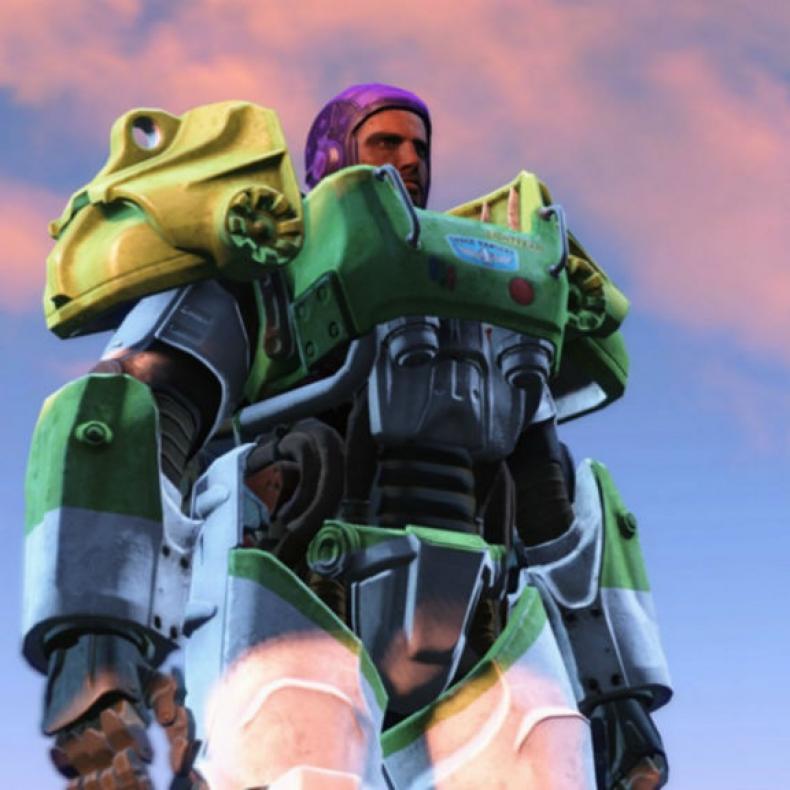 Thanks to Nexusmods, a legendary movie character is now available to “play” as in Fallout 4. None other than Buzz Lightyear, and by play, we mean wearing his armor in the game, sort of.

Gamers will have to do some work to get the armor, and they themselves will be wearing it, it will in fact be Paladin Danse becoming the Toy Story character. To make it happen, here is what one must do.

“First you’ll need Paladin Danse as a follower, then you have to take a set of Buzz Lightyear power armor from one of the Prydwen stations. Next, trade the armor with Danse so he has it in his inventory, and then press T to equip it on him. If he’s not already wearing the hood, then you’ll have to type ‘player.additem e1a39’ to get it, and then equip it on him the same way as before.”