Autobots vs. Decepticons Are Coming to Your Mobile Phones! Get All the Transformers: Earth Wars Details Here! 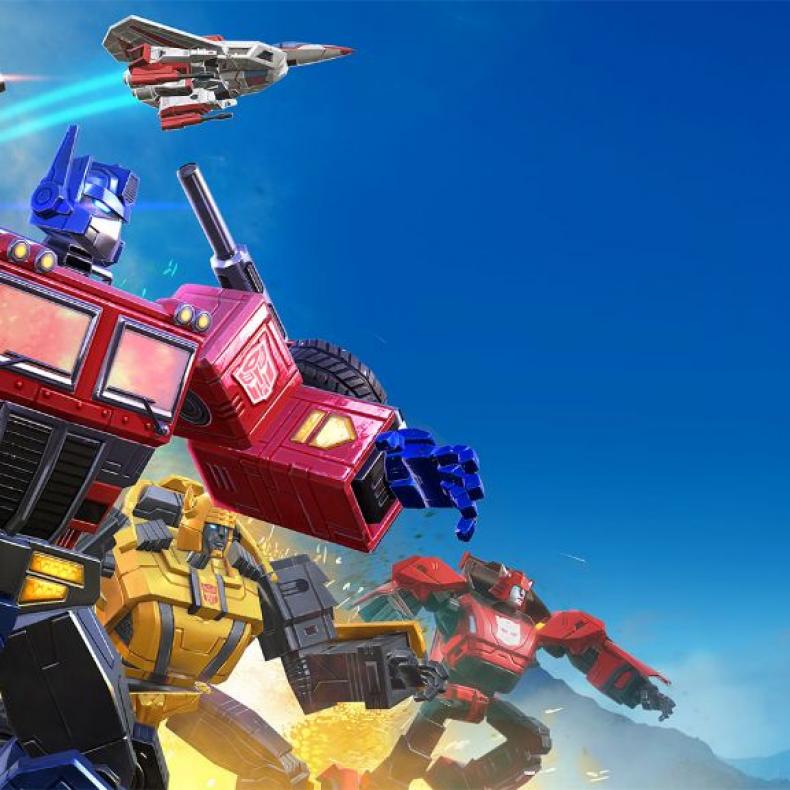 Hasbro, Backflip Studios and Space Ape Games officially announced a new, upcoming mobile game for the Transformers franchise with Transformers: Earth Wars. The new title will be a real-time strategy game for iOS and Android devices, and it’s due out later this spring. You can check out the announcement teaser trailer for the game in the player below.

The game will feature real-time combat strategy and will feature all your classic favorites from the franchise, including Autobots leader Optimus Prime, Decepticons ruler Megatron, Bumblebee and Starscream. The game will feature 3D animated graphics. Players will be able to choose which Transformers faction they want to join as well as a team of playable characters. Then, gamers will have to raid enemy bases for Energon stockpiles and construct the Space Bridge to add reinforcements from Cybertron. According to the announcement, players will play against each other in real-time across the globe.

Speaking on the announcement, Backflip Studios CEO Julian Farrior stated: “The TRANSFORMERS franchise is like no other. The story that has carried on through generations has drawn millions of fans who can’t wait for what’s next. Working in conjunction with Hasbro, we’re bringing the TRANSFORMERS franchise to life in one of the most popular game genres.”

One reason this game might be of interest to Transformers fans is that Earth Wars will feature the voice actors from the original, classic 1980s Transformers animated series. That means Peter Cullen returns to voice Optimus Prime, and Frank Welker is back as Megatron. The story will extend the Generations Prime Wars Trilogy plot to new platforms. In addition, the art style is also inspired by the Generations Prime Wars Trilogy series, with dialogue written by Simon Furman, who wrote some of the most classic Transformers comic stories.

Hasbro SVP of Digital Gaming and Corporate Development Mark Blecher added: “We are excited to join forces with Backflip Studios and Space Ape to bring our iconic TRANSFORMERS brand to life in a new way through the launch of TRANSFORMERS: EARTH WARS. TRANSFORMERS fans and fans of combat strategy games will love the explosive action as they join the fight to control the fate of Earth.

Space Ape Co-Founder and CEO John Earner also added: “We’re delighted to bring one of the world’s most popular entertainment franchises to mobile devices in an explosive new gameplay experience. We’re focused on making hand crafted games that fans will enjoy, and can’t wait to share what we’ve been working on with mobile gamers.”

Based on the trailer, other characters who will be in the game include Grimlock, Soundwave, Skyfire and Prowl. Transformers: Earth Wars will be free-to-play, but it will have in-game purchases, making it a “freemium” game. The game will be released across the globe in Spring 2016, except in Japan and China. The game will require a WiFi connection to play.