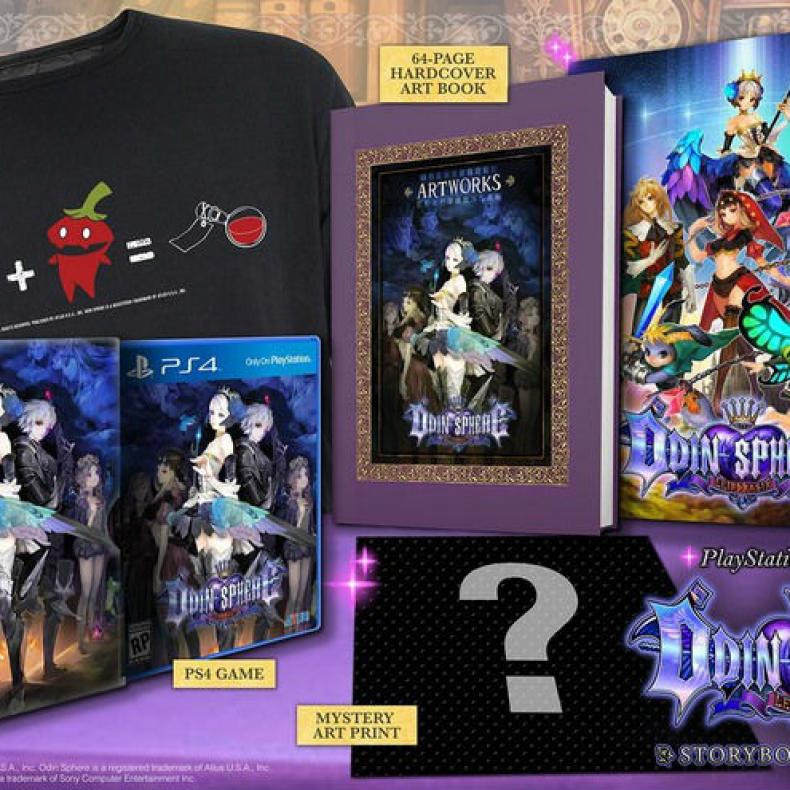 In a press release, Atlus announced today that it will be producing one of the largest special editions the company has ever done for the upcoming role-playing game Odin Sphere Leifthrasir. But it will be exclusively for the PlayStation 4 version of the game.

Called the “Storybook Edition, this $80 bundle will come with not only the game, but a 64-page hardcover art book, a Potion Recipe t-shirt, a collector’s metal slipcase to hold the game, an unrevealed art print and an outer box to hold all of it in one package.

Atlus also announced that Odin Sphere Leifthraisir is set to be released in the first half of 2016.

Odin Sphere Leifthrasir is an HD overhaul of the title which originally appeared on the Playstation 2. “A side-scrolling RPG with a unique Norse-inspired setting and aesthetic, the story follows five different characters as their journeys intersect and affect each other’s.”

Mystery Print For Odin Sphere Leifthrasir Storybook Edition Revealed! Check It Out Here!
Be the first to comment!
Leave a reply »