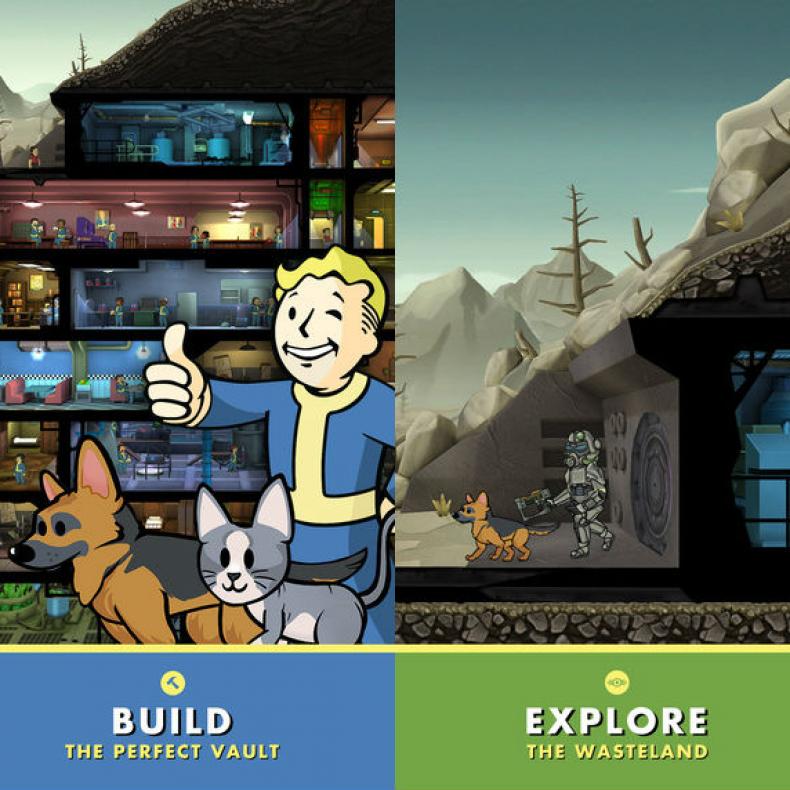 Not unlike the main Fallout title, updates continue to come out for Fallout Shelter. In its most recent update, a gameplay feature that Fallout 4 made very popular has been added. Mainly, the arrival of pets to the vaults in the game.

“Vault-Tec research has shown that 4-legged companions can have a profound impact on Vault happiness and productivity,” says the update’s description.

In Fallout 4, the main character is always accompanied by his pet, the dog Dogmeat. Naturally, this seemed to be a well put addition for Fallout Shelter. Furthermore, players now have the people to “evict” people from their vaults if they do not believe they are pulling their weight. Along with a “Sell All” function when a player wishes to clear out the inventory of their Vault home.

Along with those are new lines of dialogue for their vault dwellers, management improvements, and new objectives. No doubt to ensure that gamers are always able to do something with their vaults, which was a concern when it first released.

Fallout Shelter Arrives for Windows PC! Get All the Details Right Here!
Be the first to comment!
Leave a reply »