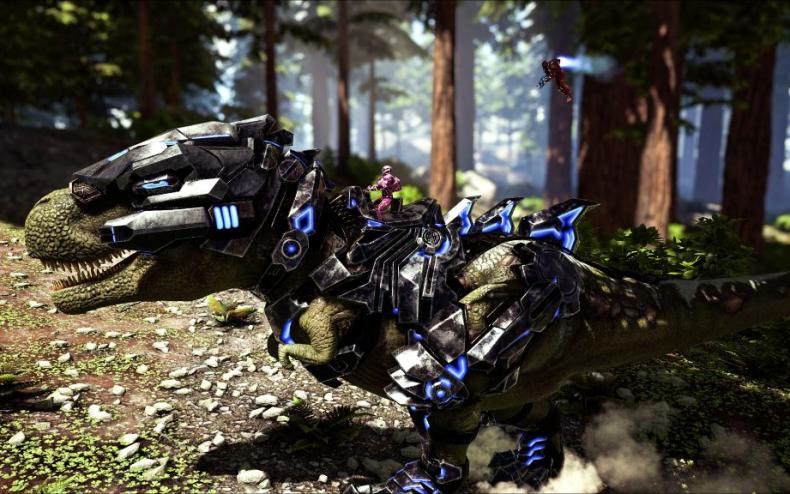 Studio Wildcard has finally released ARK: Survival Evolved for the PlayStation 4 console after quite a bit of waiting. The release of the game started today with the new Survivor’s Pack. This release includes the base game and the new desert-themed expansion, ARK: Scorched Earth, for the price of $54.99. You can also check out a new PS4 launch trailer for the game below.

The core game on PS4 is going to receive a full content-complete retail release later this Spring. This version will be distributed exclusively worldwide by Solutions 2 GO Inc. This will be a physical disc-based version of the game that players can expect for both the PlayStation 4 and Xbox One. The retail release is scheduled for a price of $59.99. At the same time, equivalent console and PC digital versions of ARK will also have the same price, and the Scorched Earth Expansion Pack will be available for the price of $19.99.

For the PS4 version that’s out now with the Survivor’s Pack, PS4 owners in North America will get an up-to-date version of ARK that will have all the previously released content, along with the Scorched Earth expansion DLC pack. In addition, the new Survivor’s Pack also features some new exclusive PS4 content. This includes a Bionic Giganotosaurus skin and an entire Manticore armor set for all male and female characters.

Additionally, the game will have overall performance improvements on the new PS4 Pro console, such as a higher framerate, smoother animations and better visuals. ARK will get its full product release later in Spring 2017.