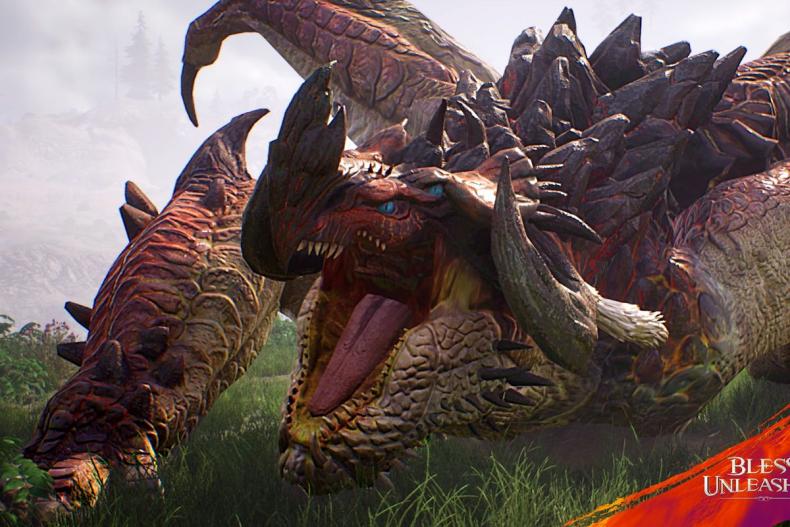 What is Blessed Unleashed? What makes it so special?

Leading interactive entertainment developer and publisher, BANDAI NAMCO Entertainment America Inc. announced Bless Unleashed, a new free-to-play MMORPG experience coming first to the Xbox One family of devices including the Xbox One X. Developed by Round 8 Studio of NEOWIZ, players will dive into an epic multiplayer journey across a vibrant persistent world where gods and mythical beasts exist.

Bless Unleashed takes place in an untamed world with a rich backstory created with hardcore MMO gamers in mind. With deep combo-driven mechanics, player customization and cooperative (PvE) and competitive (PvP) multiplayer, there is an endless amount of content and gameplay possibilities to keep players engaged. The game utilizes the Unreal Engine 4, bringing unparalleled visuals to a fully realized fantasy world, offering one of the most stunning MMORPGs produced on a console platform. Players can enter an open persistent world where mythical beasts roam the land with integrated players-vs-player (PVP) mode. Five classic fantasy classes will be available for players to choose, from an arcane-wielding Mage to a bloodthirsty Berserker.

“Bless Unleashed is a game that takes the gameplay depth and community of an MMORPG and sets itself apart to create a new console RPG experience featuring fast-paced combat and beautifully rendered graphics,” said In Joon Hwang, Sr. Director, Online Publishing at BANDAI NAMCO Entertainment America Inc. “Every aspect, from the story to the combat, to the skill progression has been carefully crafted to portray a new console MMORPG experience.”