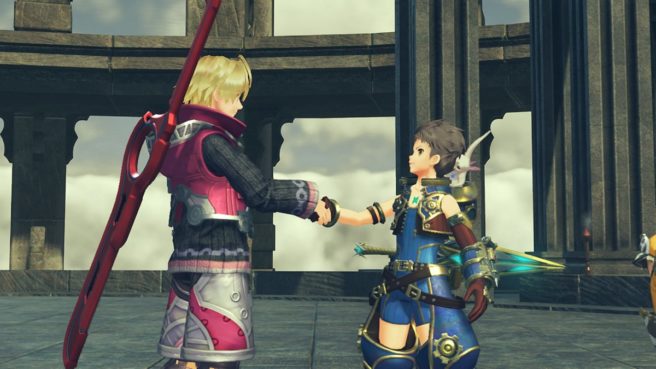 Anything else new with Xenoblade Chronicles 2? Aside from the story mode?

Nintendo already revealed that Xenoblade Chronicles 2 was going to get its story DLC this September. But now, during their Treehouse session at E3 2018, they revealed that an upcoming update is going to bring even more than a new mode. As part of the Expansion Pass, gamers will be able to have a special Challenge Mode, one that will allow them to push their team skills to the limit.

But in a twist, two new Blades are going to be arriving via this new mode. Mainly, Shulk and Fiora from the original Xenoblade Chronicles. Furthermore, there will be a cutscene bringing Shulk and Fiora into the world, and they’ll interact with Rex, Pyra, Nia, and the others.

As if that wasn’t enough, Shulk and Fiora can be assigned any character as a Blade, and will use the weapons they’re most known for, including the Monado.

The content will arrive this Thursday at 10PM PST.