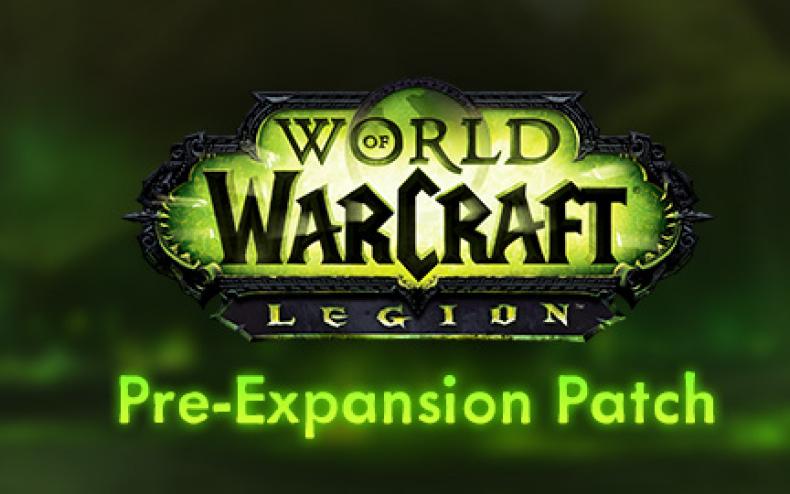 The new expansion pack for World of Warcraft, titled Legion, is coming, and to make sure gamers are ready for it, Blizzard is going to release a pre-expansion patch to make sure all are prepared for it. You can read the full patch notes here.

“The Opening Salvo
When the pre-expansion patch initially goes live, players will be able to immediately access many of its key system-related features. Some of these major updates include:

Transmogrification Updates
The new Transmogrification Collections system will make it easier than ever to collect, store, and sort through the gear you want to use for transmogging—without taking up storage space in your inventory, bank, or Void Storage. As you collect items that can be used with the system, you can browse through them—as well as sort by class or slot—in the Appearances tab in your Collections interface.

Class Updates
We’re making some significant changes to classes and their specs for Legion to further strengthen their identities. The core changes to spells, talents, and more are going into effect as soon as the pre-expansion patch goes live. For more information on what’s new for each class and spec, read our earlier class preview blogs.

We’re also making it easier to switch between specializations for different content. Players will be able to queue up for dungeons, raids, Battlegrounds, or Arenas as any role that is available to their class, while continuing to play as another role while they’re waiting. When they enter the content they’ve queued for, they will automatically switch to the suitable role upon entering (at no cost) and then switch back automatically when they leave the instance.”