by Todd Blackon October 6, 2018
Is Unsung Story still being made? What’s the latest from the dev team. Kickstarter projects are almost always risks, and that goes double for when the campaign is funded and the rewards are set to go out. For the “tragedy” that was Unsung Story, they hit their goal, but their development team basically did nothing […]
755

by Todd Blackon December 21, 2017
Is Unsung Story going to change because of the new dev team? If so, how? Unsung Story is by far one of the biggest disasters in the history of Kickstarter. It was an RPG established by a renown team, but after raising a lot of money to make it, they never did. Years have passed, […]
741

by Todd Blackon December 4, 2017
What’s the latest on Unsung Story? What’s their latest “claim” for release date? Unsung Story is one of the true tragedies that have come from Kickstarter. It was formed by a bunch of industry veterans in an attempt to make a great RPG, but, things spiraled out of control, and now, years after it was […]
1880

by Todd Blackon October 3, 2017
What is the deal with Unsung Story? What systems will it actually come out for? Unsung Story is one of the most known about Kickstarter projects ever, at least in regards to video games, and not for good reasons. The RPG got a lot of buzz early, and got funded quickly. But then, things went […]
6651

by Todd Blackon August 2, 2017
Whatever happened to Unsung Story? Is that game ever coming out? Unsung Story is one of the most popular Kickstarters to talk about. Not because they didn’t get their goal, they did, not because their game was terrible, it hasn’t come out yet. No, the game is popular to talk about because the project was […]
882

Does Unsung Story Have “Nothing To Show”?

by Todd Blackon April 24, 2016
There is an inherent danger when it comes to crowdfunding. Cause even if the project you’re helping gets funded, it may not be made if certain things happen. This has been the cause for many projects on Kickstarter, as developers have squandered what they received, and as such didn’t make anything because of it. As […]
749 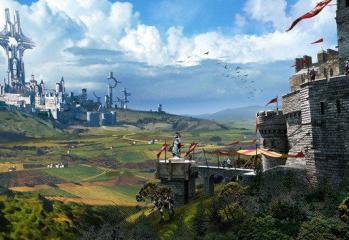