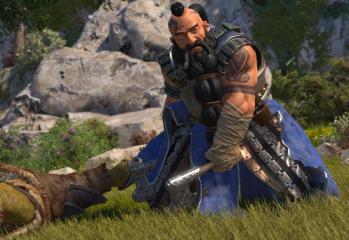 THQ Nordic Promising Fixes for The Dwarves With Day-One Patch! Get All the Details Here!

by Jeffrey Harrison November 29, 2016
THQ Nordic officially announced in a press release this week that there will be a Day One patch for the fantasy-RPG The Dwarves. In addition, THQ is promising the patch will address the game’s console-performance issues for PlayStation and Xbox One. Per the announcement, the patch will add overall improvements to the user interface, camera […]
1716

The Dwarves Begins First Beta Test! Get the Details Here!

by Jeffrey Harrison June 3, 2016
King Art Games officially announced today that the upcoming RPG, The Dwarves, has begun its beta test. In addition, a new gameplay trailer was released, which you can check out below. The game is being developed for a multi-platform release. The beta for the game is available to gamers who supported the game for its […]
Facebook
Elder Scrolls Online Expansion High Isle Opens Preorders
League of Legends Gameplay – Zeri Champion Spotlight
Chaos Undivided – Total War: WARHAMMER III – Watch
The Elder Scrolls Online: 2022 Cinematic Teaser
FINAL FANTASY XIV (Version 1.0) Trailer
Copyright © 2022 MMORPG Forums, All Rights Reserved.
Fonts by Google Fonts. Icons by Fontello. Full Credits here »