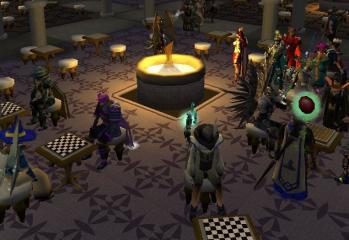 RuneScape Receives First Ever Elite Level Skill! Learn About What it Takes to Become a Master of Invention!

by Jeffrey Harrison February 2, 2016
Elite level skills are coming to RuneScape. Jagex Game Studios has added a new Elite Skill for the fantasy MMORPG RuneScape. This new Invention skill allows high-level players to discover, augment and customize existing weapons and armor with a wide selection of perks. Players will be able to utilize this skill with a new, elite crafting system. […]
876 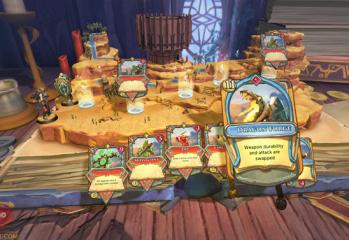 by Todd Blackon November 26, 2015
From the creators of the hit MMO RuneScape, a new creation from the games world is coming. Chronicle: RuneScape Legends is a card-battle game that is based in the world of RuneScape, and the developers have launched a closed beta to test out the new game. “In Chronicle: RuneScape Legends, players can choose from four […]
Facebook
Top 15 New MMORPG games of 2023 | Best Upcoming MMORPGs of 2023
MMORPG Tier List 2022
This Brand New MMO Could Destroy Its Competition In 2023
New PVE MMORPG – Embers Adrift
New MMORPGs Launching in November 2022 | What MMO Should You Play?
Copyright © 2022 MMORPG Forums, All Rights Reserved.
Fonts by Google Fonts. Icons by Fontello. Full Credits here »