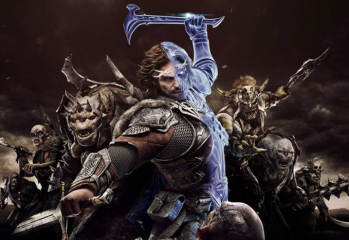 by Todd Blackon April 5, 2018
What’s going on with Middle-Earth: Shadow Of War? Is the microtransactions really leaving? When it was announced that Middle-Earth: Shadow Of War was going to have microtransactions, the player base wasn’t happy. The first game didn’t have them, and they didn’t need them, so why was it going to be in the sequel? Turns out, after […]
51593

by Todd Blackon May 21, 2017
From the moment it was announced, Middle-Earth: Shadow of War has had fans excited to get back to this new story set in the Lord of the Rings universe. Now, a new trailer has been discovered that shows off just how much bigger this sequel is in terms of scope. The trailer description given reads: “From […]
11003

by Todd Blackon May 1, 2017
Middle-Earth Shadow of War is easily one of the most anticipated games of the year, and as such, players want to see as much as they can from it when possible. Thankfully, IGN got to show off some gameplay videos from its development. These are still early in some ways, they’re defined as “alpha gameplay” […]
Facebook
Nier: Automata The End of YoRHa Edition – Official Nintendo Switch Trailer
Final Fantasy XIV Patch 6.15 Chat and Cooking Stream ft. ARecipeReborn Live Stream
Conan Exiles – Age of Sorcery Announcement Trailer
Genshin Impact – Official Kuki Shinobu Gameplay Overview Trailer
Watch Black Desert Bring Your Dreams to Life Video
Copyright © 2022 MMORPG Forums, All Rights Reserved.
Fonts by Google Fonts. Icons by Fontello. Full Credits here »