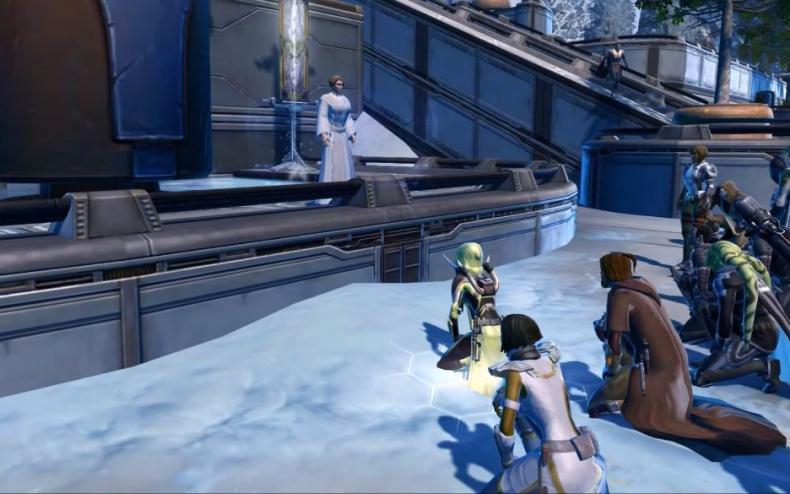 This week, the world lost a living legend in the great Carrie Fisher, who is best known for her work as Princess Leia in the Star Wars franchise. Fisher tragically died after suffering cardiac arrest earlier this week. Sadly, her mother, the actress and comedian Debbie Reynolds, passed away a day later. In light of events, Star Wars fans decided to pay tribute to Fisher and her indelible work as Leia in the MMORPG, Star Wars: The Old Republic. You can check out the tribute video, created by Kerry Nobbs, in the player below.

The video shows a gathering of players on Alderaan in the game paying tribute to Carrie Fisher. A fan created a character designed after Fisher’s Princess Leia, and fans gathered around her to pay tribute and celebrate her life and career. It’s a really touching and classy video. Ultimately, a large number of players gathered and then it all culminated in a fun dance party. It just speaks of how passionate and creative fans can be.

Check Out the New Trailer for Star Wars: The Old Republic’s Next Expansion!

Star Wars: The Old Republic’s Next Chapter Has Been Revealed! Find Out the Fate of the Alliance in Visions in the Dark!

Star Wars: The Old Republic Gets New Expansion Chapter
Be the first to comment!
Leave a reply »