Rocket League Has Had Over A Billion Matches!

2016 was easily a big year for Rocket League. Not because it launched in that year, it actually launched in 2015. But, its fanbase grew to such levels that over the course of the year, it became the most downloaded game on the PlayStation Store. Beating out AAA titles from all over.

Now, Rocket League can add another achievement, this one in terms of matches played. As the team at Psyonix revealed on Twitter:

“One BILLION games played! Thank you to our amazing players for continuing to make #RocketLeague one of the best communities & games around.”

Furthermore, via an infographic that you can see below, the games were mostly competitive matches. Meaning, that over half a billion matches in Rocket League were on the competitive setting, whereas the causal games were a meager 33%. That says a lot about who’s playing it. 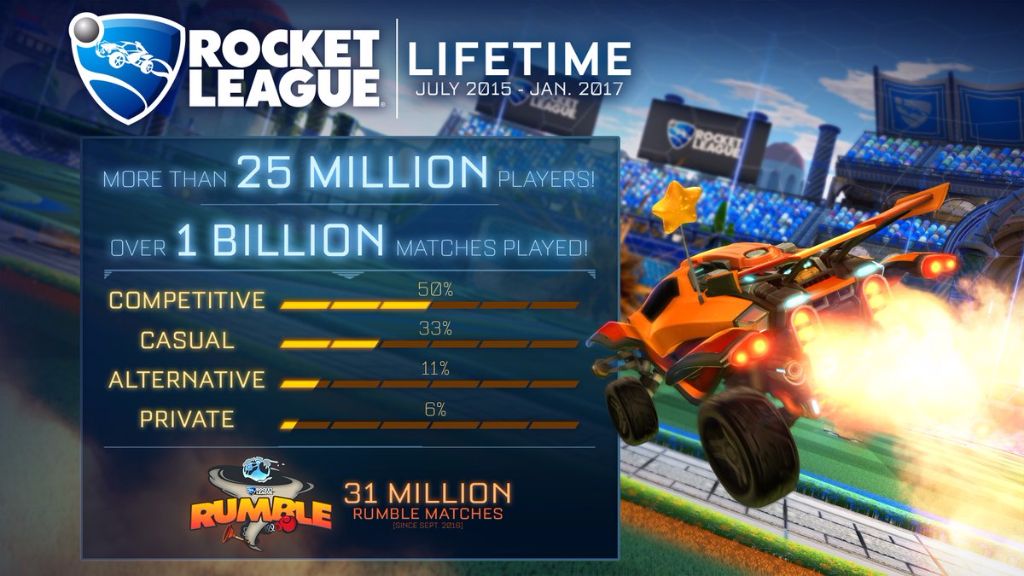 Rocket League Currently On Sale On The Nintendo eShop

Rocket League Has No Plans For Sequel At Present
Be the first to comment!
Leave a reply »