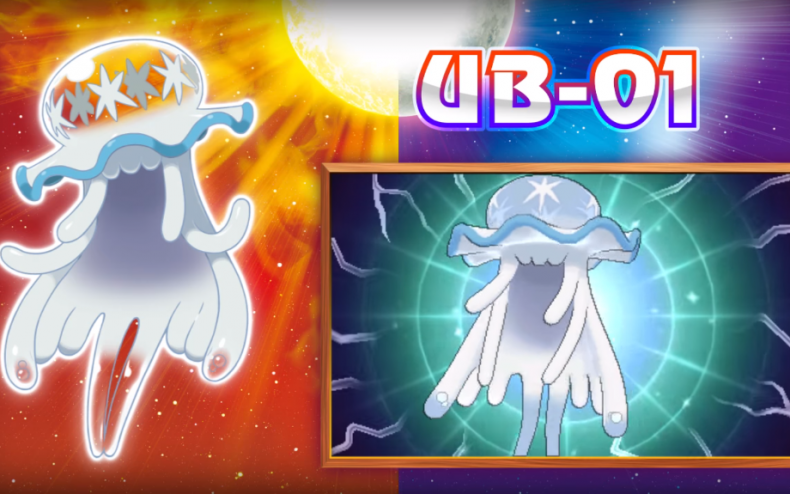 Pokemon Sun and Moon is truly setting itself up to be one of the best Pokemon generations ever. With a very special new region, interesting looking groups, Alola versions of classic Pokemon, and more, it just keeps growing. One of the big announcements from the last trailer of the game was the reveal of “Ultra Beasts.” What they are is still currently unknown, however, via an announcement on the Pokemon website, we do know there will be more, and that some will be exclusive to either Pokemon Sun or Pokemon Moon.

Check out the reveal below:

“During your adventure in Pokémon Sun and Pokémon Moon, the Ultra Beasts appear—and attack the Alola region! UB-01 was recently revealed, and now there are two more: UB-02 Absorption and UB-02 Beauty. Their numbers and purposes are not known, but it does look like there may be additional Ultra Beasts beyond UB-01 and UB-02.

The Ultra Beast known as UB-02 Absorption appears in Pokémon Sun, and the extent of its strength is unknown. Its entire body is covered with bulging, powerful muscles. The full force of a punch powered by these muscles would be off the charts! Its distinctively long mouth is said to be harder than diamonds. Could the Ultra Beast also use it to attack?

The Ultra Beast with the codename UB-02 Beauty appears in Pokémon Moon. What kind of power does it possess? Its narrow, graceful legs allow it to accelerate with such explosive speed that people claim it can dodge lightning! It is said that any Pokémon that sees UB-02 Beauty, regardless of its own gender, will become infatuated with it and lose the will to battle. The exact reason for this reaction—whether it’s an unidentified pheromone exuded by UB-02 Beauty or a hypnotic effect induced by its appearance—has not been determined.”

Pokemon Sun and Moon release on November 18th on the 3DS.