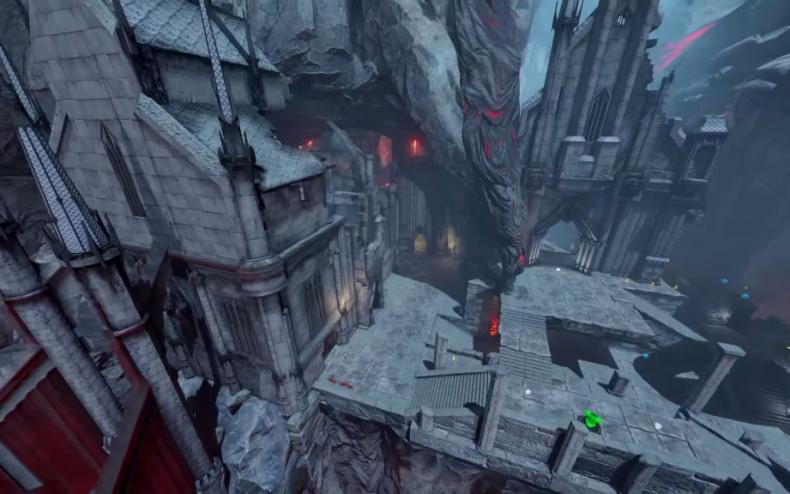 Bethesda Softworks released a new video today for Quake Champions, offering a look at one of the games new arenas in Burial Chamber. You can check out the video, featuring new gameplay footage, in the player below.

Burial Chamber in the game is a “gothic and grim” combat space that will have lava pools, tight corridors, hazardous open spaces and more. The open spaces will leave players vulnerable to both Rockets and Rails. The arena will require a high skill level in order to avoid falling into the lava pits.

The Burial Chamber is a massive tomb that’s decorated by the bones of a massive creature. Other features for the new arena include some treacherous outcroppings over the sea of lava. These can be turned into some potential nice sniping points for players who can leap onto the outcrops. The rather confined grave sites located in the Molten Underground are a good way for heavier Champions to create some splash damage. The Lava Falls are designed to create some good chokepoints for tacticians. The lava is also prevalent throughout the map, and falling into it means instant death.

Quake Champions is in development for Windows PC. It’s release date will be revealed later on. Players can sign up for the game’s Closed Beta phase at Quake.com.