New Infographic Shows Off The Divisions Most Popular! 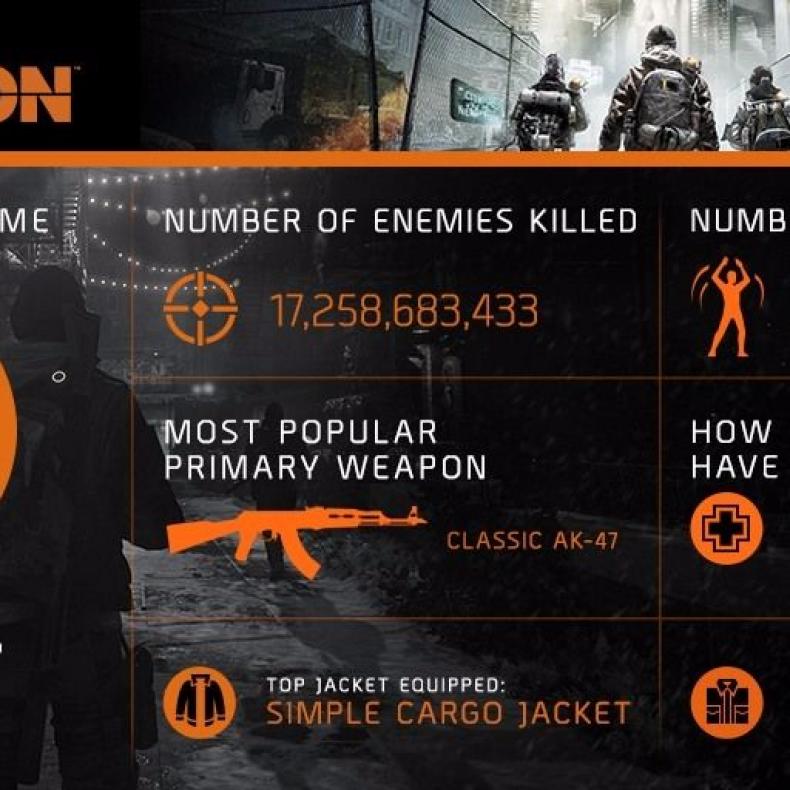 With now over a month on the market, there has been plenty of time for gamers to get their hands on The Division, and put the game through its paces. Gamers have done this so much in fact that Ubisoft has released an infographic detailing some of the most used items and such from the players.

For example, within its initial release month, over 17 billion enemies have been killed, with many deaths coming from the most popular weapon: The AK-47.

As for how players played the game, 57.2 percent of a player’s average playtime is spent playing solo with the other 42.8 percent spent in co-op sessions.

You can check out the full infographic below. 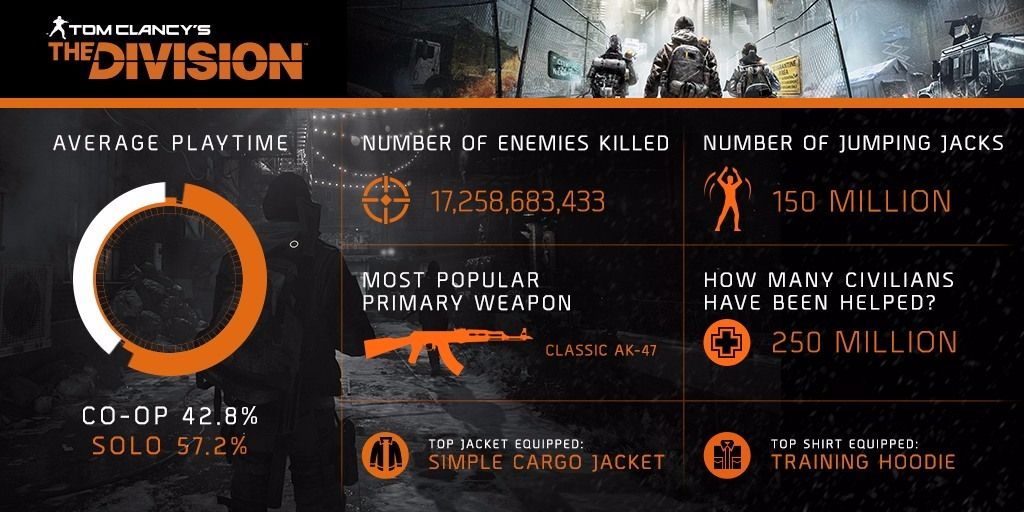