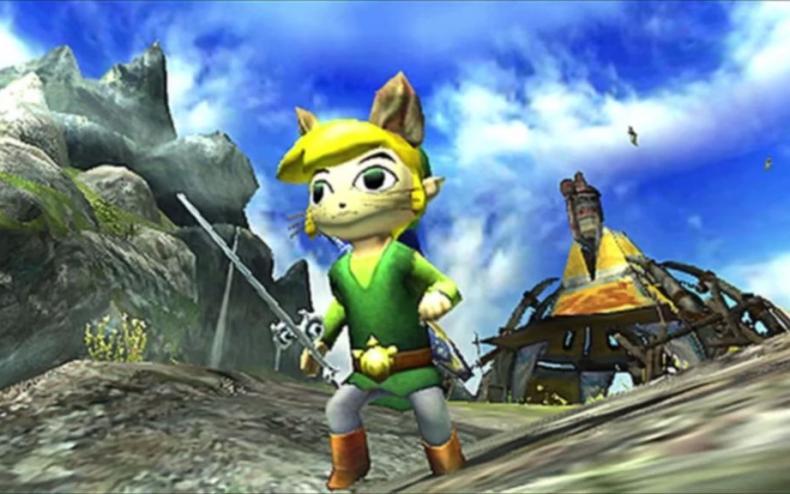 Monster Hunter Generations is getting some DLC featuring an iconic, classic Nintendo character. Capcom revealed today that Link from The Legend of Zelda will be a part of the game as free DLC. You can check out the reveal video for Link in the game.

Players will be able to take the role of Link in the form of a Palico. This will also be The Legend of Zelda: The Wind Waker version of Link. The best part is that this will also be free DLC for the game. Link appears to be able to have the Master Sword and Hylian shield for his design, but he can’t use them for his gameplay.

Unfortunately the Link DLC does not yet have a release date. This is on top of other DLC that’s been confirmed for the game inspired by Fire Emblem, Mega Man, Okami and Strider. This seems like another fun DLC addition to the game. Since this Monster Hunter is available for a Nintendo handheld console, it seems appropriate to have some Legend of Zelda DLC for fans to have fun with in the game.

Monster Hunter Generations launches on July 15. The game will be available for the Nintendo 3DS family of systems. Players can also try a free demo now at the Nintendo eShop.

Monster Hunter Generations Introduces a New Style System! Get All the Details Here!
Be the first to comment!
Leave a reply »