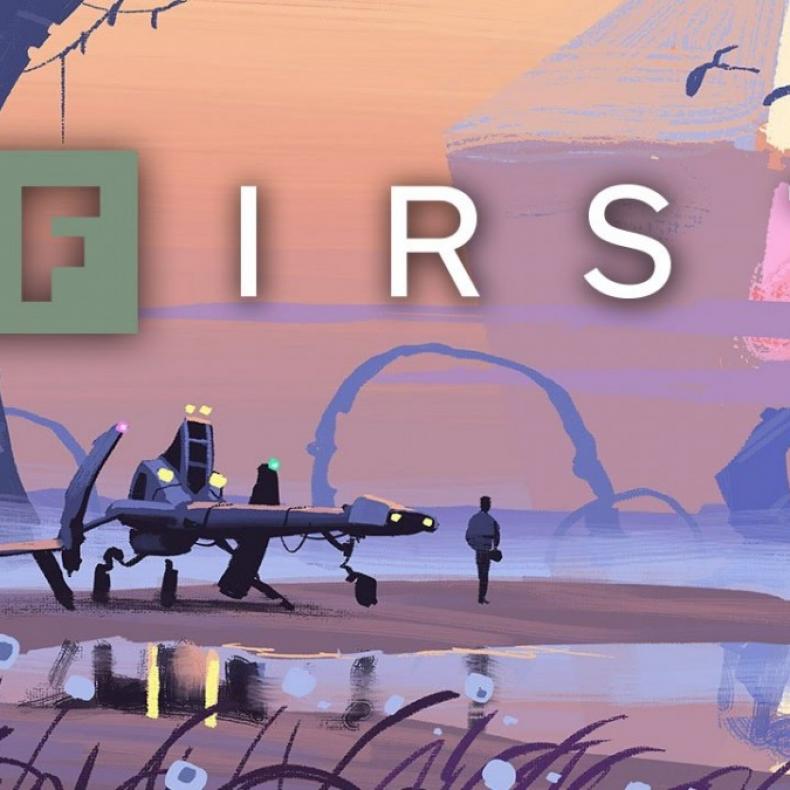 Earlier this year in July, I came across this new game in the works by an indie development team called Hello Games.  After reading a brief description of the game, I decided to check out the first look video, and for the next 18 minutes I was glued to the screen.  As the video ended, I sat there for what seemed like a very long time, trying to comprehend exactly what I had just seen and heard.  I knew it was big.  Massive might be a better way to put it.  Gigantic.  Dare I say infinite?  Yes.  I dare.  Hello, Hello Games.  Hello, No Man’s Sky.

The first look video started off in first person, on a world that was obviously not earth.  The grass was green on this planet, as were most of the visible plant life, and it appeared to be rocky.  Everything else was undeniably alien.  Large red leaves adorned a bushy plant.  Red stalks of some sea flora poked out of the greenish yellow surface waters of a pond.  Giant red crystals littered the landscape, poking out of the ground like monuments.  There were several species of animals meandering around.  One resembled a short, fat earth goat.  Another larger beast was skulking through the tall grass, its red tiger striped body on powerful looking legs and a spiked looking dinosaur tail was all that was visible as it lumbered through a high patch of weedy looking shrubs.  Long legs with backwards bending joints at the knees propelled a smaller bodied creature along its way up ahead, and giant birds flew in a group in the distance, massive wings pushing them across the vibrant sea green sky.  A planet, or a moon was large, and close enough to take up a significant portion of the sky.

It’s not all nature though.  A futuristic, platformed building that Murray described as a trading station emitted a red beam of light in a constant stream, that stretched toward the sky and disappeared into the stratosphere.  What appeared to be spacecraft resembling a Star Wars X-Wing was parked on the ground not far from the character controlled by Murray.  Spherical robot sentries flew here and there.

From Murray’s gameplay, we learned actions have consequences pretty quickly, as Sean was attacked. Apparently the goats were not friendly and he got a little too close.  The goat continued to persue him as he retreated, so Murray used the firearm that was in his hand when the video began.  It emitted some kind of laser shot that hit the goat.  The sentries didn’t seem to like that and began to fire at Sean, who disbatched a couple of them before respawning into a peaceful situation once again for the sake of the demo.

Sean confirmed that the spacecraft was his, built from mined resources.  To demonstrate the mining feature, Murray aimed at a large nearby rock with his blaster and fired off 4 or 5 shots which did the job, allowed him to mine the rock fragments and put a hole straight through the boulder, which was about the size of a small house.

After mucking about for a bit longer on foot, he headed toward the spaceship and got inside.  As he piloted upward, we got an airiel view of the world, which was hilly with natural rock bridges and what could’ve been lakes or large ponds.  Our view of the ground was lost though, when Murray pointed his nose toward the planet in the sky.  In an instant the ship (also from a first person perspective) was through the clouds, into the atmosphere and finally into space.  There were some ships, not unlike the one Sean piloted, back on the planet, but out here we saw larger ships drifting in packs.  Smaller ships were landing and taking off and the whole operation seemed very busy.  We were informed that these were traders conducting business, but Sean did not elaborate past that.  Instead he refocused his attention back to the now much closer planet we saw from the surface of the first world.  In a moment we saw a red glow as his ship broke into the atmosphere of this new celestial body. 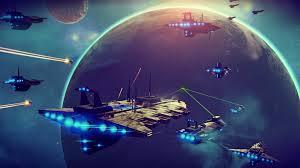 I will stop there, as you undoubtedly will want to watch the video for yourself.  But I think you are starting to understand why my palms got sweaty, why I was mesmerized by this first look.  This is not a city on a world to explore.  This is not a world to explore.  It is more worlds than any one person, any 100 people, any 1 million people could ever hope to visit.  The number of planets out there waiting to be discovered is actually not endless.  But it might as well be.

18,446,744,073,709,551,616 different planets – that’s over 18 quintillion fully-realized, procedurally generated worlds.  Think of procedural generation as an automatic way to create game content, whether that content is an object, a room, a building or a level, a city, a landscape, a whole planet and the life on that planet, and even an entire universe.

Over ambitious? Let me know what you think. I will continue to cover No Man’s Sky  so check back for news, discussions, and more.  In the meantime, watch the video here https://m.youtube.com/watch?v=CLcjvIQJns0

“No Man’s Sky is a game about exploration and survival in an infinite, procedurally generated galaxy“