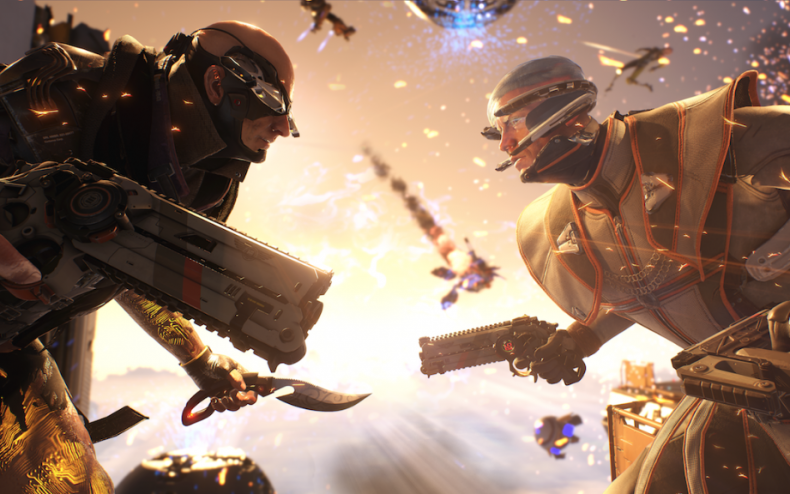 Game designer Cliff Bleszinski and Bossy Key Productions announced this week that LawBreakers will soon enter its closed beta phase and it will be showcased at PAX East. Fans in attendance will be able to play the game at the booth #13055 at the Boston Convention Center. The developers also released a new studio update which you can check out below.

Additionally, gamers can now sign up for the closed beta phase. The closed beta debuts the weekend after PAX East. Players will have a chance to enter to play the first closed beta test, which will run on Steam next week from Thursday, March 16 through Sunday, March 16.

Gamers who experience LawBreakers at PAX East will receive official Pinny (PAX’s series of trading pins for attendees and fans to collect) featuring a new character, and a special limited edition t-shirt that has one of three PAX-exclusive designs. Also, Cliff and a panel of developers from Boss Key will be featured in a special, live behind-the-scenes panel, with the topic of “Action After Alpha: LawBreakers’ Road to Beta.” That event at PAX is set for 9:00 p.m. EST on Friday, March 10 in the Bumblebee Theatre.

LawBreakers is due out later on. The game does not yet have an official release date. Sign-ups for the game’s closed beta are going on now at LawBreakers.com.

CliffyB Announces New Game Project LawBreakers at GDC! What Does the Gears of War Developer Have in Store Next?!
Be the first to comment!
Leave a reply »