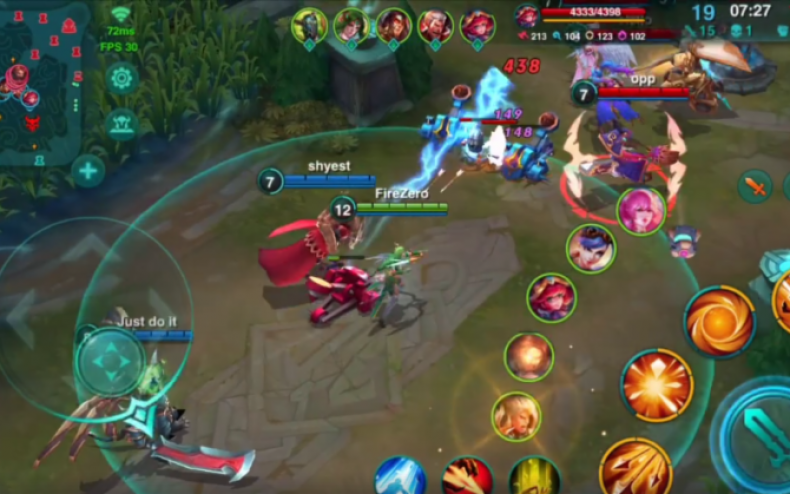 uCool Inc. officially announced this week that the free-to-play mobile battle game, heroes Arena, will get a release on iOS devices later this month. The game will hit iOS on April 14. The game is currently available on Google Play for Android. You can also check out a new CG trailer for the game below.

To coincide with the iOS release, the game will receive a major content update. The game features classic 5v5, 1v1 and 3v3 MOBA-style gameplay modes that have been optimized for mobile gameplay. Additionally, uCool has started pre-registration for players at this link. Pre-registering and downloading the iOS app or Android update will also unlock some special in-game rewards that are valued at $19.99 on release date. This comes in the form of 1,000 gold and an exclusive hero available for pre-registered players before it gets released later this year for free. Players who pre-register can also sign up to receive an additional 1,000 gold and a Rune package.

Here are the key features of Heroes Arena (Courtesy of uCool):

Heroes Arena is a Multiplayer Online Battle Arena (MOBA) game with visually stunning graphics and animations. Players select a favorite legendary hero and traverse beautifully rendered maps battling hordes of enemy player heroes as well as a myriad of unique and special monsters to ascend the ranking charts, achieve glory, and earn awesome prizes.
HEROES! Over 20 heroes at launch with six distinct hero classes including Assassin, Mage, Marksman, Support, Tank and Warrior. Each hero possesses five Special Abilities including a Hero Ultimate, as well as three Leader Abilities. Beautifully rendered graphics, gorgeous animations and amazing voice actors, Heroes Arena delivers AAA MOBA gameplay to Mobile.
Alternative skins for heroes, multiple gameplay modes and maps, lightning fast game sessions and low queues for battles. Heroes Arena gives full control to players with battle pre-sets, fast buy in-battle equipment purchases, special player abilities and fully customizable Runes abilities that shifts the competitive advantage while keeping the player immersed in fast, intense combat action. No other mobile MOBA comes close.
Built-in tools for streaming and sharing gameplay in HD.
Opportunity for pro players to showcase their abilities and all players to compete for awesome prizes.
Developed using the powerful Unity 4 engine for a mind-blowing 3D immersive experience within the world of Heroes Charge and optimized to save battery and bandwidth usage.
Fully localized in text and audio for 26 languages.
uCool’s Fair Play philosophy guarantees that 100% of their game’s content is available to every player regardless of what they spend. Heroes Arena is uCool’s first entry in the mobile eSports category and is free to play, but not pay to win.