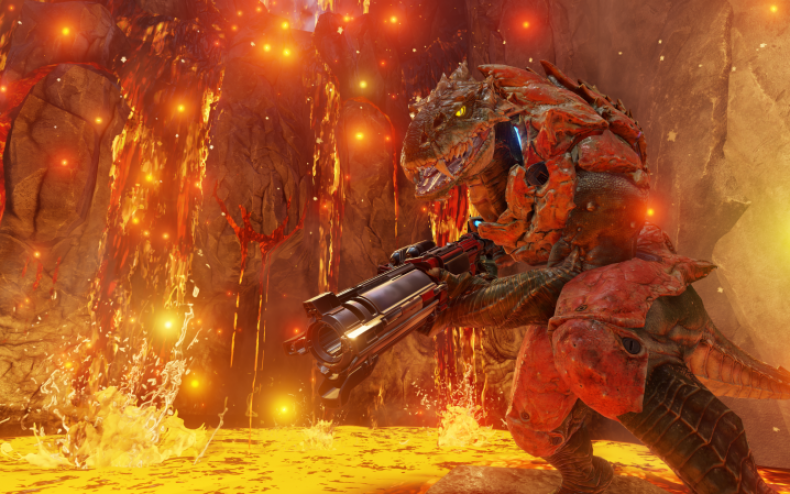 Bethesda Softworks released another new gameplay video this week for Quake Champions. This new video showcases the first arena for the game, the Blood Covenant. You can check out the new gameplay video with the new footage in the player below.

Blood Covenant is base don one of the most popular and beloved maps from Quake III Arena, the Camping Grounds. Blood Covenant is a re-modeled, re-imagined version of that classic arena. It includes many of the classic hallmarks, including a long jump pad to a rocket launcher, the Quad Damage spawn, the railgun ledge, and tightly spaced battles in the Pillars. In terms of new things that were added to the arena, there are some new tricks and secrets that players will discover in Blood Covenant. This includes new ways to fight move, and use Champions’ Active and Passive abilities.

Blood Covenant was also recently unveiled to players in attendance at PAX East. You can also check out some new screenshots of the game from PAX in the gallery below. Click on the thumbnails to see the full-size images. Additionally, players can now sign up for the Closed Beta phase for the game at the above link or at Quake.com. The Closed Beta is expected to start in the next few weeks.

Quake Champions is due out later on for Windows PC. 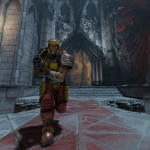 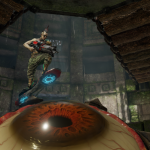 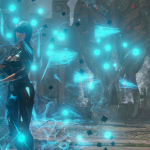 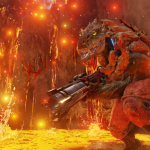