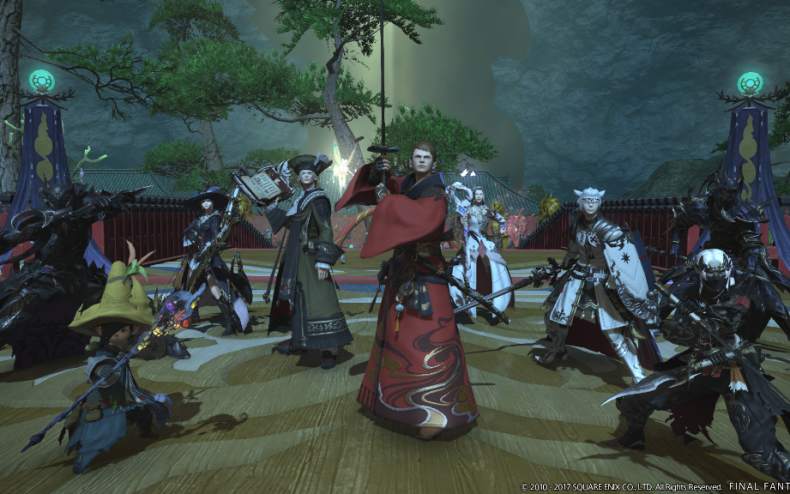 For players who might be new to Final Fantasy XIV: A Realm Reborn, the Stormblood expansion continues the storyline for the Warrior of Light. The Warrior now joins the resistance and heads to the vast country of Ala Mhigo. In Stormblood, Ala Mhigo is ruled with an iron fist by the Garlean Empire for 20 years. Now, the Warrior of Light and his comrades prepare to liberate the country from the Empire. In Ala Mhigo, the Warrior of Light must face new threats and challenges across Eorzea and embark on new quests. Additionally, the Far East sees the freedom fighters for the fallen country of Doma in a desperate conflict to light the spark of hope in their countrymen. Ultimately, players have to rise up with the people of Eorzea and the Far East to strike back at the Garlean Empire.

For players who are new to Final Fantasy XIV, they unfortunately won’t be able to dive into Stormblood at any time. Per Square Enix, gamers are strongly “urged” to complete the main scenario quest series for both A Realm Reborn and Heavensward in order to “fully enjoy” Stormblood. So, it sounds like players who have fallen behind on Final Fantasy XIV will definitely want to finish up any lingering missions for both expansions before they fully dive into Stormblood.

Stormblood also features a number of new and exciting features. For starters, there’s a jacked up and increased level cap. For Stormblood, the level cap has been raised from 60 to 70 now. There’s a new enhanced job system, including that of the Red Mage, which has a starting level of 50. The Red Mage uses a mix of spell casting and melee attacks with a rapier weapon. Also new to the Job System is the Samurai. The Samurai are warriors who are master swordsmen. They wield katana as protectors of the peace on the streets and not as soldiers in an army. Square Enix actually brought in some guest creators to help create some of the new adventure content for players. There are also a number of new player challenges including the new Instanced Dungeons, and the new eight-player raid, the Interdimensional Rift – Omega.

One of the new Instanced Dungeons include a sunken ship in the Sirensong Sea. The official website hints at the dungeon being haunted by a “terrible specter that lurks beneath the water’s surface.” But there could actually be “something far more sinister that prowls the briny deep.” This is interesting because another one of the exciting new features for Stormblood is how players will actually be able to explore underwater environments in-game and swim and dive as well. In other words, players in Final Fantasy XIV will finally be able to swim in bodies of water.  The way swimming works is that players as their characters will automatically switch to a swimming type of mode after they enter a compatible body of water. Flying mounts will also have the ability to swim and dive as well.

Swimming and exploring underwater landscapes look absolutely gorgeous. This is undoubtedly one of the most exciting new features for the game. The underwater areas look fantastic, and players can finally explore the depths of the in-game oceans. For the swimming, players can explore underwater after they complete a certain quest.

Another new feature for Stormblood is the new residential for players to explore, which is called Shirogane. Shirogane is an island that’s located in the Far Eastern nation of Hingashi. The design of Shirogane looks beautiful and pretty vast. According to Square Enix, the art style of Shirogane is the perfect place for gamers who have a fondness of the aesthetics of the Far East.

Stormblood even features a revamped Battle System for the expansion. Square Enix is promising a battle experience that is much smoother this time. Additionally, existing actions for the game are going to be reviewed to make improvements to the game’s overall quality-of-life later on, including the job system. Square Enix is also promising that additional in-game actions will be replaced with role actions to help fix any balancing issues.

Final Fantasy XIV: Stormblood hits the shelves today, June 20. The game will be available for physical disc copies and digitally in both a collector’s edition and standard edition for the PlayStation 4 and Windows PC. It also will be available in digital-only form on Mac OS. Players who purchase or pre-ordered the Collector’s Edition will also receive a special art box, a Zenos yae Galvus figure, an art book, a cloth map of Eorza, the Stormblood logo sticker, some exclusive in-game items, an in-game Syldra mount, a Wind-up Bartz Minion, and a Chicken Knife. Players who already own Final Fantasy XIV: A Realm Reborn also have the option of a digital upgrade who want to upgrade to the collector’s edition for the in-game bonus items. However, this will forego the physical items for the release. Go to the official site for more information on Final Fantasy XIV: Stormblood.