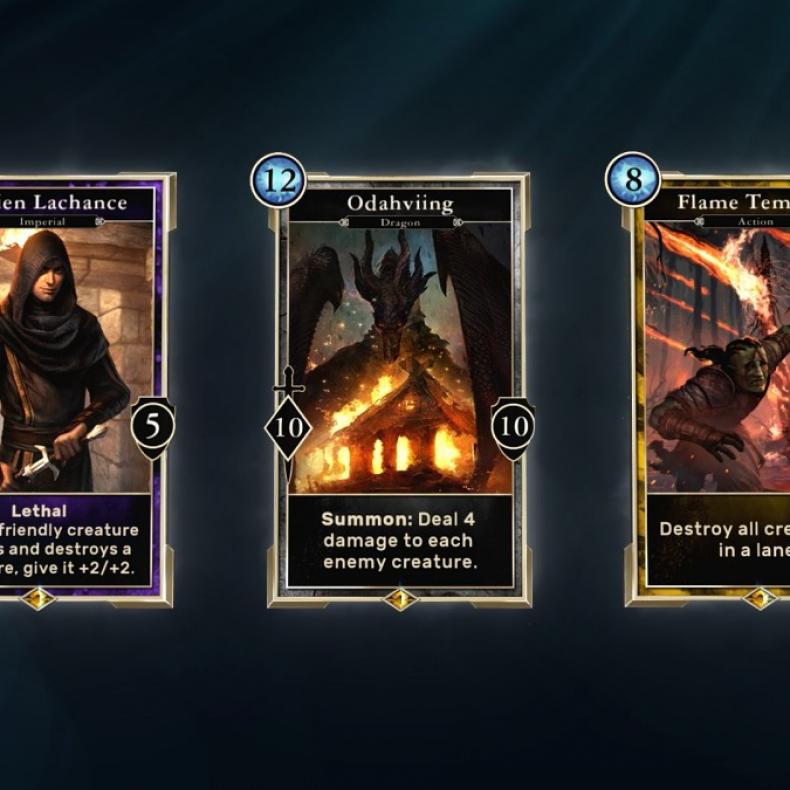 Bethesda Softworks announced that The Elder Scrolls: Legends has launched today for Windows PC. Bethesda also confirmed new details on the first content update for the game, The Fall of the Dark Brotherhood. This is the new strategy card game based on The Elder Scrolls franchise

The game has recently been in its beta phase for the past several months. The game now hits PC after a number of improvements, changes, additions, and optimizations were made. This is the formal PC launch for the strategy card game. Players can download the game for free. The game includes single-player challenges and also multiplayer content

The first PvE Content for Legends will be The Fall of the Dark Brotherhood. This arrives next month on April 5. This is a new PvE story that puts players into the role of a double agent who has to infiltrate the ranks of The Dark Brotherhood. After they have been recruited by a group to bring down the Elder Scrolls guild of assassins, players will then make key choices that will impact which missions will be played and ultimately decide the story’s ending.

The adventure is set before the events of The Elder Scrolls V: Skyrim. The new content is separated into different sections or gameplay maps. The content will have more than 25 missions and over 40 new cards for players. Players who complete the missions in the new story will unlock new cards via The Fall of the Dark Brotherhood, including three new Legendary cards.

Bethesda also revealed the following notes for new content and features that are set to be released for the game in the coming months. You can check out the full breakdown of the new content that’s in development below. This includes a global iPad launch for the game on March 23 at the App Store.

· Global iPad Launch March 23: The Elder Scrolls: Legends will release on iPad later this month, making its global mobile debut on March 23. The game will be available for free in the App Store.
· Global Android Tablet Launch April: Following quickly after iPad, the game will also release on Android tablets next month, expanding its reach to millions of additional devices worldwide.
· Twitch Integration and Spectator Mode – May will bring a major update that introduces Twitch integration and Spectator Mode, allowing players to more easily showcase their skills and watch live matches online to learn new strategies from the masters of the game.
· New Gauntlet Mode – Also in May, a Gauntlet mode will be introduced in which players will compete in mini-tournaments with their own decks. In addition to the current Ranked ladder, Gauntlets can be of different sizes and lengths and will give players new opportunities to join in-game competitions they can play at their own pace
· Mac OS Launch: Also coming this spring, The Elder Scrolls: Legends will continue to expand to new platforms, launching globally for Mac OS.
· Major Expansion This Summer – The Fall of the Dark Brotherhood is just the first of a number of new Stories and Sets coming to Legends in 2017, with the first new, large set scheduled for release this summer. More information on this set will be revealed at E3 2017 in June.
· Mobile Phones This Summer – The game will make the jump to phones this summer, bringing strategic card play to both iPhones and Android phones. More information, including the launch date, will be revealed at E3 2017 in June.

The Elder Scrolls: Legends is live now for Windows PC.

The Elder Scrolls: Legends Beta Launches Today! Find Out More About the Player Sign-Ups!
Be the first to comment!
Leave a reply »