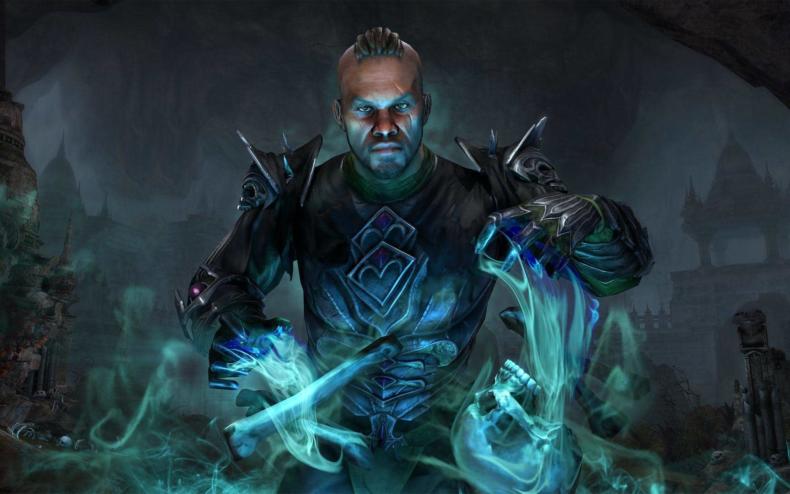 Wondering what Bethesda has planned for Elder Scrolls Online in 2019? We learned all the details today when the developer unveiled their new world, Elsweyr. Are fire-breathing, flying lizards truly on the way?

Elsweyr is the centerpiece of a year-long, four-part story event in ESO that begins with the upcoming Wrathstone DLC dungeon pack. This pack will introduce not just a host of new dungeons but DRAGONS. You’ll have to wait a few months to find out where they came from.

Following Wrathstone, in June, the main attraction will make its debut: Elsweyr will be roughly the same size and scope as last year’s expansion, Summerset. Elsweyr will contain the following and more:

Elsweyr will pack 30 hours of additional gameplay and the introduction of the Necromancers, a new class with the ability to raise and command undead enemies, as well as cast elemental spells.

Pre-purchasing Elsweyr will get you a bundle of exclusive goodies at launch including the Noble Clan Chief costume, Blue Dragon Imp pet, Treasure Maps, a Baandari Pedlar Crown Crate, and Experience Scrolls. Digital pre-purchases will also include the Rahd-m’Athra mount.

Escape into Elsweyr this June when it comes to Elder Scrolls Online for Playstation 4, XBox One, PC and Mac. An Early Access version will be made available to PC and Mac users starting May 20.