Doomfist Finally Revealed for Overwatch! Get All the Details Here! 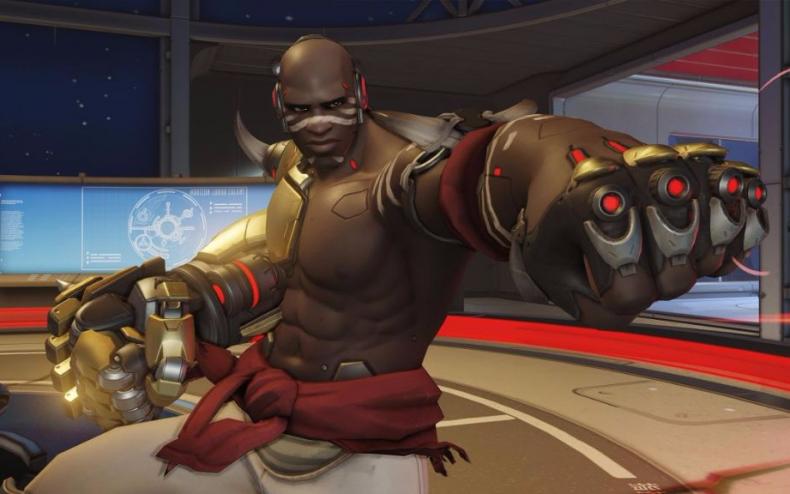 Have you been waiting for Doomfist in Overwatch? Do you want to know who he is? Have you been wondering with baited breath why Blizzard Entertainment hasn’t revealed him yet?

Well, you can wait no longer. Blizzard Entertainment has finally fully unveiled Doomfist for the Overwatch hero roster. Doomfist was first mentioned way back in the cinematic CG reveal trailer way back in 2014, almost two years before the game was actually released. Fans have been wanting Doomfist to be added to the game for a while. There have been numerous Easter eggs in the game mentioning Doomfist and also showing his gauntlet at the Numbani airport. Now, Doomfist in Overwatch is a reality.

Doomfist is currently available for the game for testing on the PTR. He is an Offense Hero, and he’s a high ranking member of the Talon leadership. Jeff Kaplan in his new developer update shared some more insight into Doomfist’s back story, abilities and strategy. There’s also a new 2D animated short showcasing Doomfist’s origin. It shows him in a fight with Tracer, Winston, and Genji that’s pretty cool.

It seems like it took forever, but it’s great to have another hero in Overwatch, and it’s great that it’s this character. Additionally, he’s a new villain and representative of Talon, which is definitely something Overwatch needed as well. The character’s real name is Akande Ogundimu, and he’s 45 years old from Oyo, Nigeria. The official website also has more details on Akande’s backstory. It seems he was an heir of a well to do family in the technology industry and also a competitive martial artist. However, he lost his arm in the aftermath of the Omnic Crisis. Then he joined the second Doomfist — Akinjide Adeyemi, aka the Scourge of Numbani. He became a mercenary working under Adeyemi. Eventually, Ogundimu killed his teacher and became the new Doomfist.

After that, he rose through the ranks of Talon and was eventually defeated by Tracer, Winston, and Genji. Then he was thrown into prison but eventually escaped. After breaking out, he took back his gauntlet from the Numbani airport. Fans can find these events referenced throughout the gameplay maps. This is good because now gamers are finally getting a sense of Talon’s hierarchy, which wasn’t really all that clear before. So it seems that Talon has an inner council, and Doomfist is a part of that.

Overwatch is currently available for PlayStation 4, Xbox One and Windows PC. The full launch and update featuring Doomfist joining the roster will be revealed later on.