Why You Need to Check Out Lineage 2: Revolution! 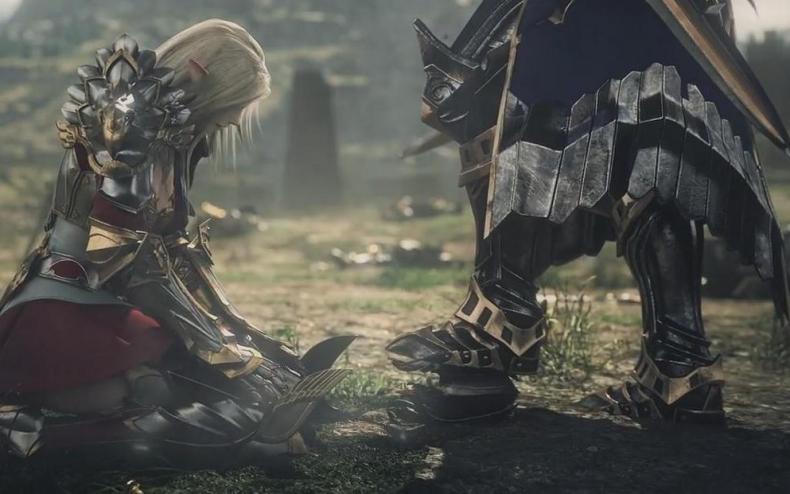 Do you want an awesome free MMORPG game that’s free-to-download and definitely worth your time? Did you know that Lineage 2: Revolution from Netmarble is finally here?!

Lineage 2 is a free-to-download MMORPG that’s been around going back October 2003 when it first launched in South Korea. It later hit North America in April 2004, and it ultimately adopted a free-to-play MMORPG model in 2011. The game still has purchases in the form of in-game items and content packs. Lineage 2 has a new release in the form of Lineage 2: Revolution, which will be a new mobile game from developer NetMarble. The game has hit iOS and Android devices.

Lineage 2: Revolution looks like a pretty ambitious title as a mobile game. It has all the hallmarks and depth of a desktop PC game, but all put into a game for mobile devices.

The story for Revolution is set during a time when the Elmoreden Empire’s death has caused a new age of darkness. All the territories have declared their independence from the Empire, which is causing violent, brutal balances as all these factions seek to gain sovereignty over Elmoreden.

Meanwhile, the Dark Society and its leader, the sorcerer Beleth, are seeking to create chaos throughout the world in order to obtain their definition of true power. However, a young sorcerer named Hardin took a stand against Beleth and the Dark Society to try and curb the flow of chaos throughout the world. However, Hardin’s powers are now starting to wane, and he needs help to save the world.

In the story of Revolution, players get to join the Silverlight Mercenaries for this chapter of the history of Lineage 2’s lore. Players now have to band together in order to save the in-game world of Lineage 2.

Lineage 2: Revolution looks to be quite in-depth for a mobile MMORPG game. It features a quest interface feature for new gamers enabling them to become fully engulfed in the world of Elmoreden. The quest interface and Quest Menu will keep track of players’ active gameplay quests, which they can learn more about through the NPCs located throughout the game world. Quest Indicators will help players along the way in helping guide them to complete their personal missions.

Players will start their adventure on Talking Island, which is a bustling area filled with people. Eventually, players will be able to travel to the Wharf, which is filled with adventurers and other various characters from the main continent of Lineage. Over the course of Revolution, players will transition into their roles as mercenaries for the East Talking Island and will do battle with untamed beasts and Orcs, who wish to take the island for themselves.

This might be a mobile title, but it will still offer quite a bit in terms of customization for weapon, armor and gear sets. Players will be able to select from over hundreds of different items and weapons that can be equipped. Fans of the Lineage franchise will be happy to know that all of the famous equipment from the original version of the game will be available. The Dynast Set of the Monarch Majesty and the Majestic Set will both be available in-game. According to Netmarble, other armor sets that will be interest to players include the high-quality Legis Set and the Optimum Set.

The graphics for Revolution look top-notch, really smooth and immaculate. The mobile game has been completely rendered in Unreal 4 Engine, which makes this game look PC-level and quality, yet it’s a completely mobile game title.

Fans of the clan system for Lineage 2 will be happy to know that Lineage 2: Revolution comes complete with its own in-game clan component. Players will be able to ally themselves with each other and former a clan under a single banner. Then, gamers can then compete for clan superiority in Lineage 2: Revolution.

For Revolution, players can join the clans of others. Or, they can go a slightly more expensive route by forming their own clan in the game, which will cost 50,000 Adena (the in-game currency). A single clan in Revolution can encompass up to 50 players, depending on their gameplay level.

Clan Quests and Clan Donations will also help players build their strength on their adventure. As players increase their overall clan level, they will receive access to better Clan Skills and Clan Buffs. Even some of the great clan PVP elements from Lineage 2 are maintained in Revolution with Clan Dungeon, Castle Siege and Fortress Siege. Here, players will be able to test themselves against other rival clans. More details for the clan system can be found on the game’s community page. In a Fortress Siege, 11 members from each clan can battle it out for control over one one of the several fortresses across the game world. Control over a Fortress grants players some nice extra rewards. Fortress control also grants players a buff for hunting in the surrounding area, which comes in handy.

Lineage 2 Revolution is available to pre-register for download at the game’s official website. The game will soon be available for iOS at the iTunes App Store and for Android devices through the Google Play Store.

Additionally, the previous version of Lineage 2 is still available to download online. The game is a free download for Windows PC. The PC version of the game requires a Windows Vista 32bit, Windows 7 32bit, or Windows 8 32bit operating system and at least 60 gigabytes or more of free hard drive space. The recommended memory space is four gigabytes or more, but the minimum requirements is two gigabytes.

You can check out the latest gameplay trailer for Lineage 2: Revolution in the player below.

Blade & Soul Scores One Million Players in a Week! Find Out How Well This MMO Is Taking Off Here!
Be the first to comment!
Leave a reply »